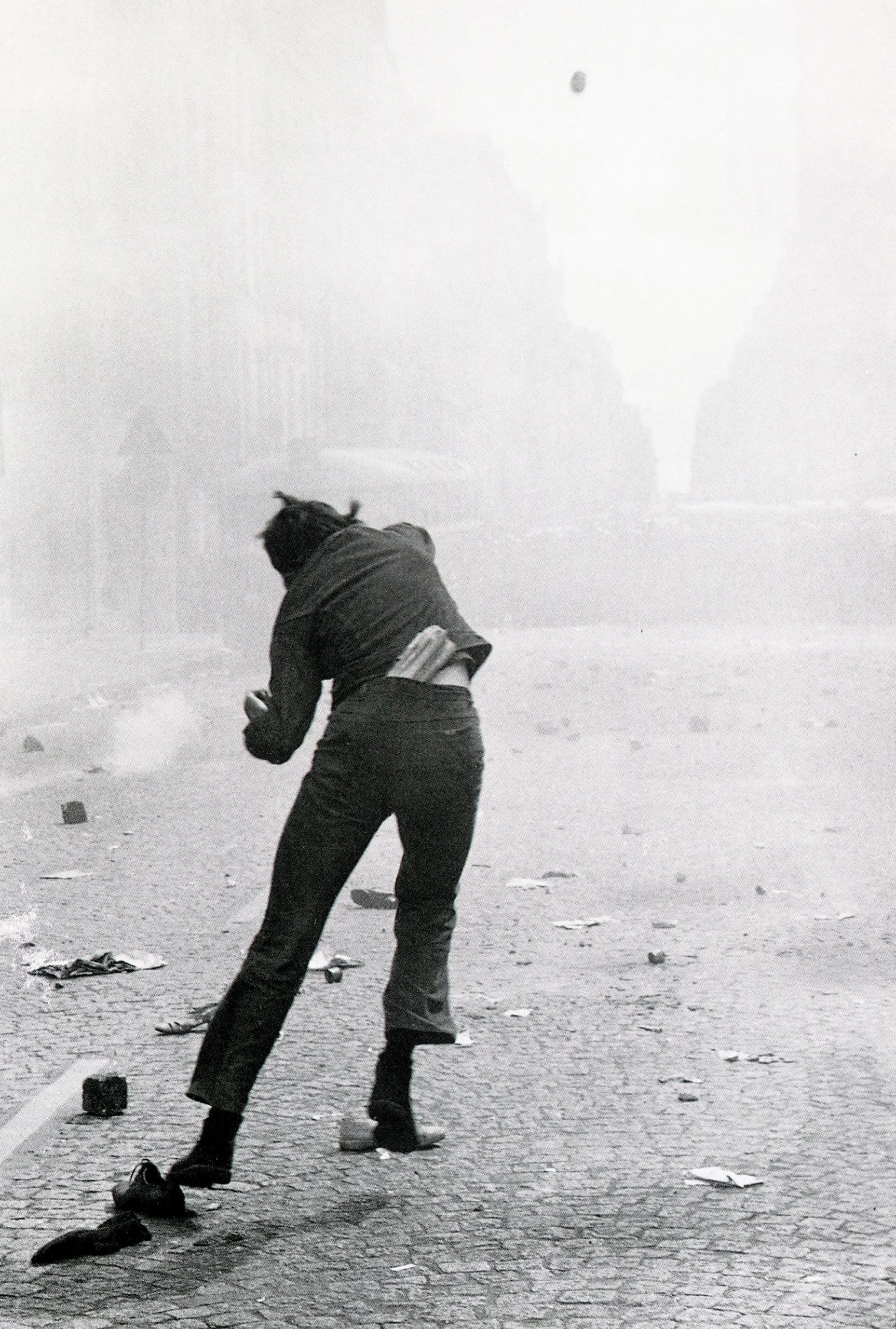 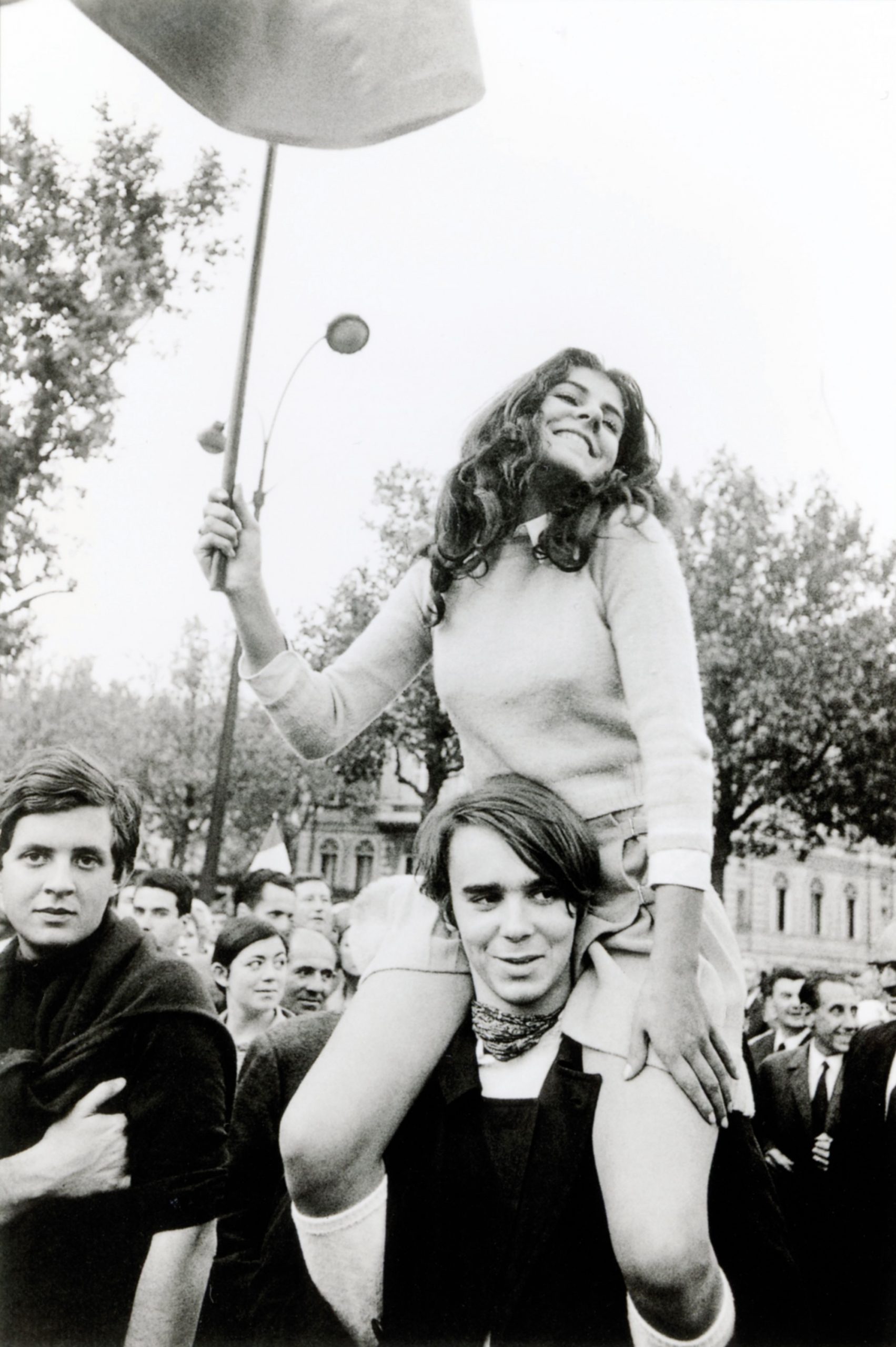 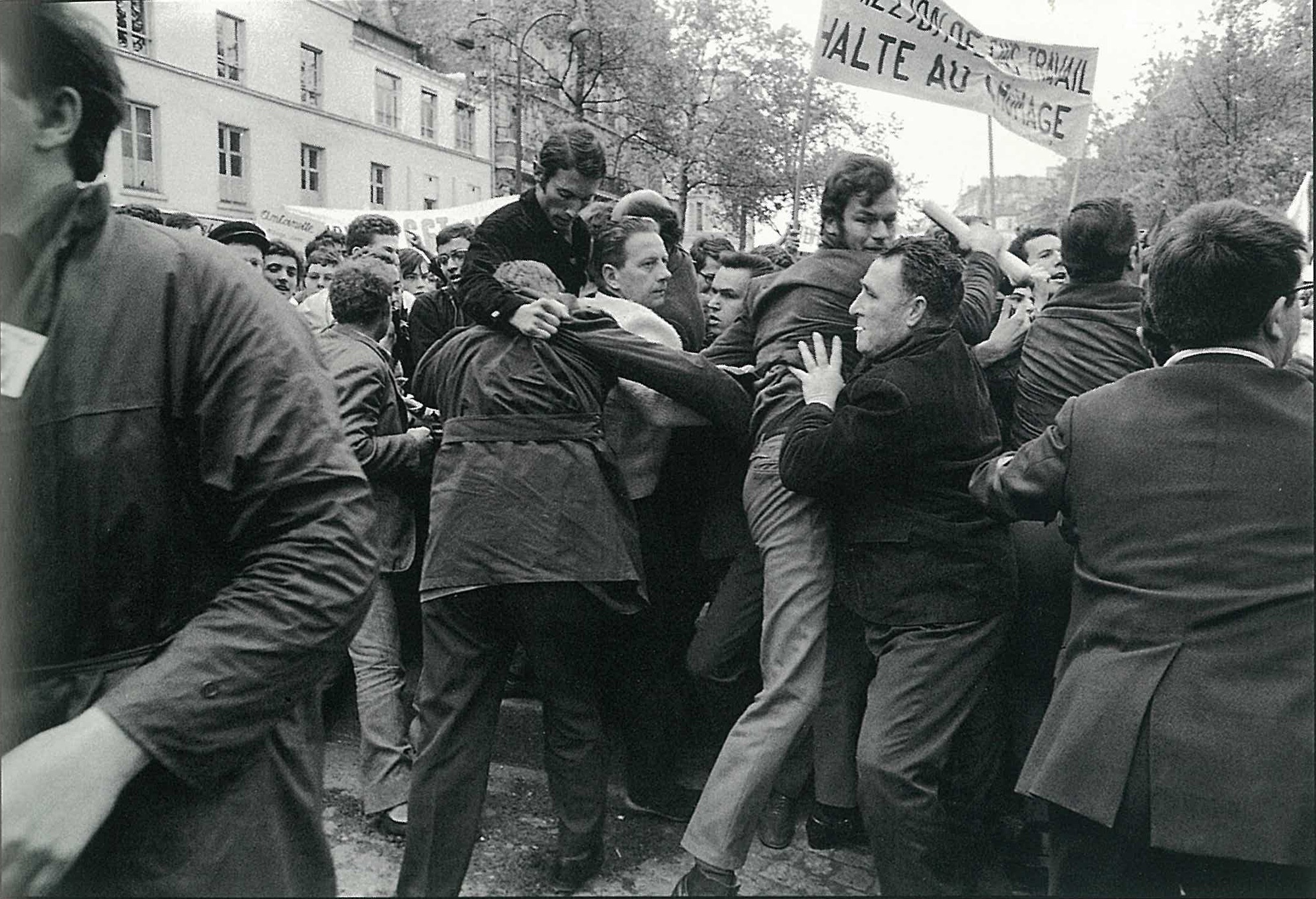 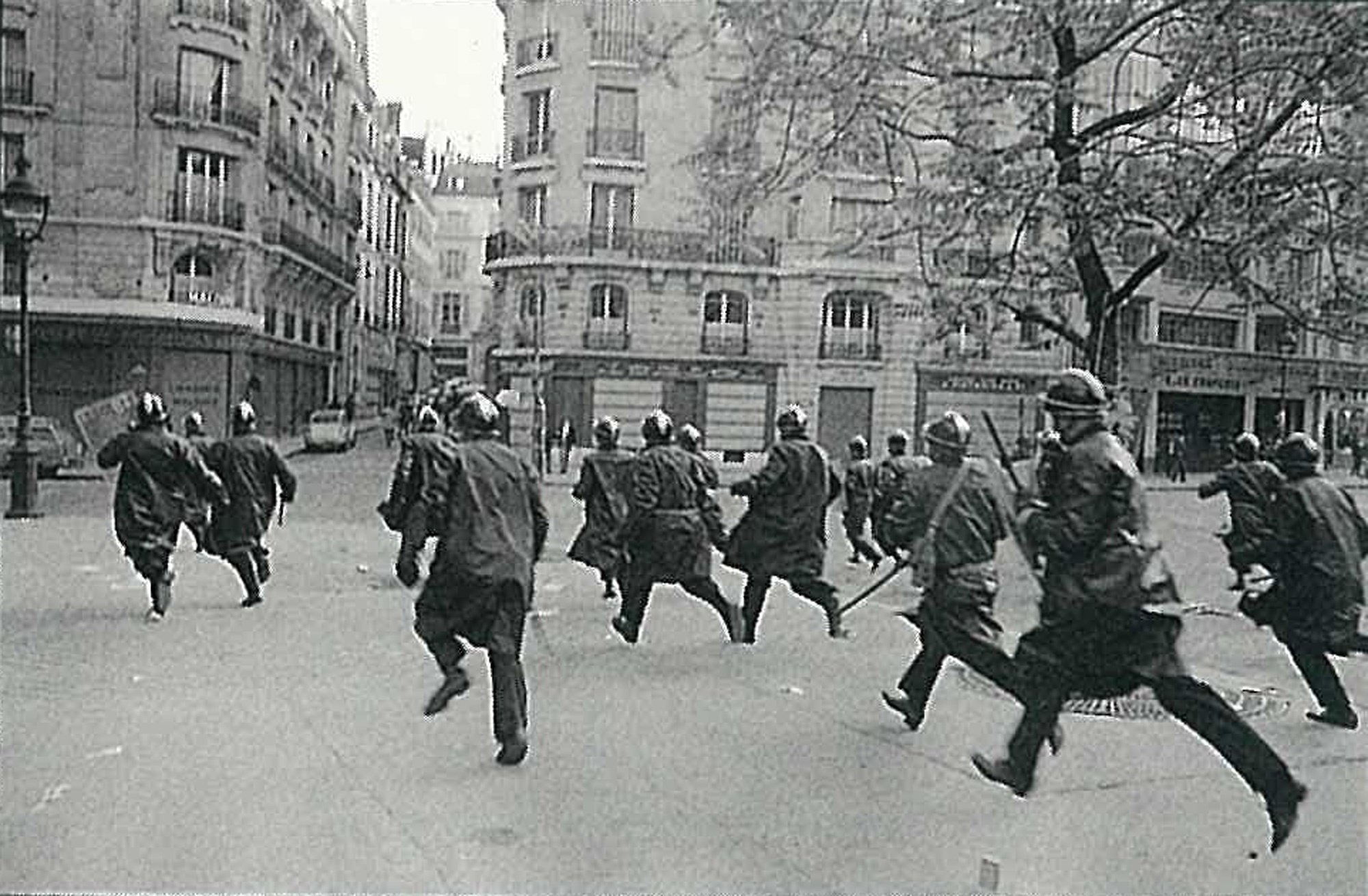 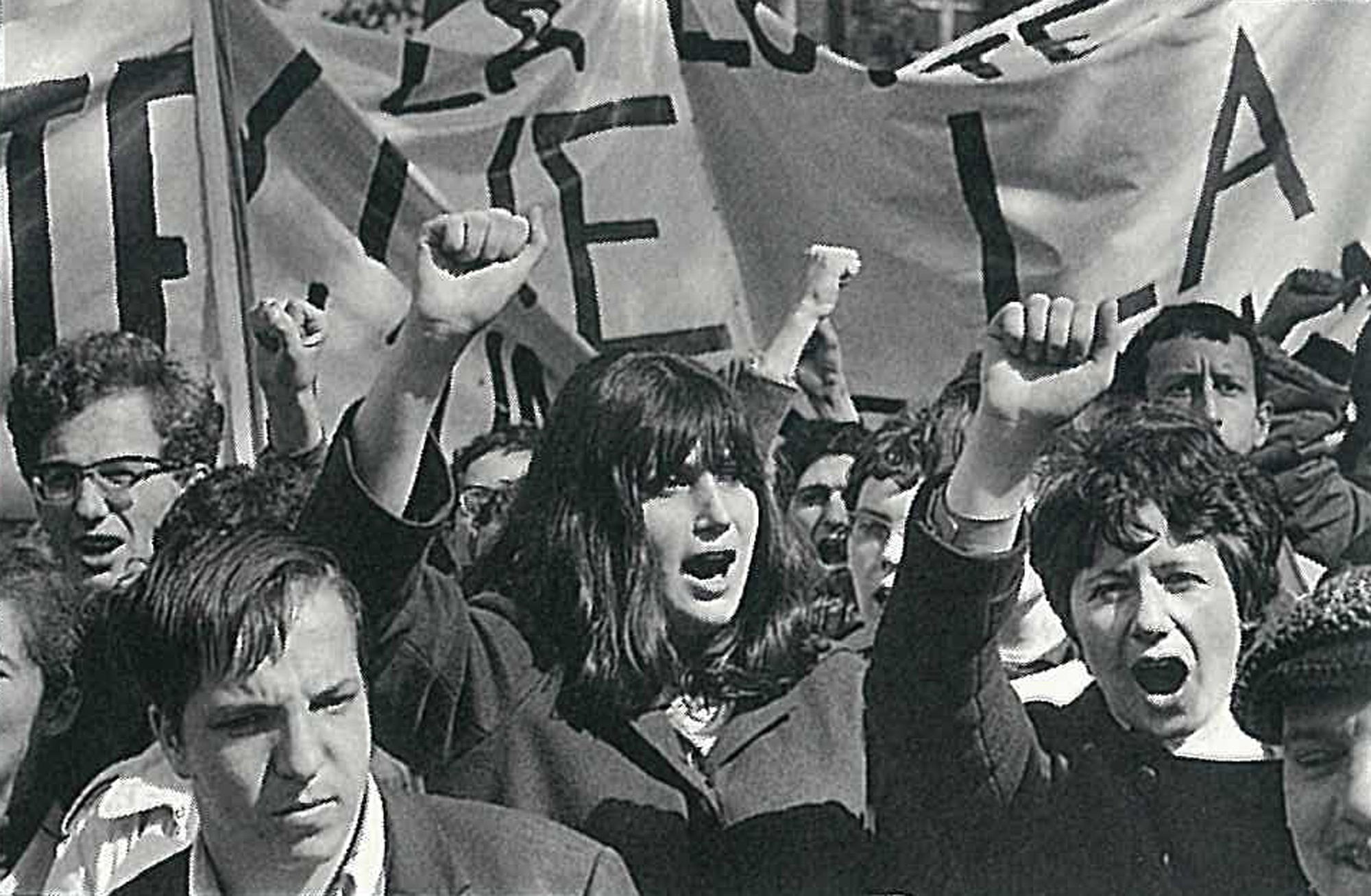 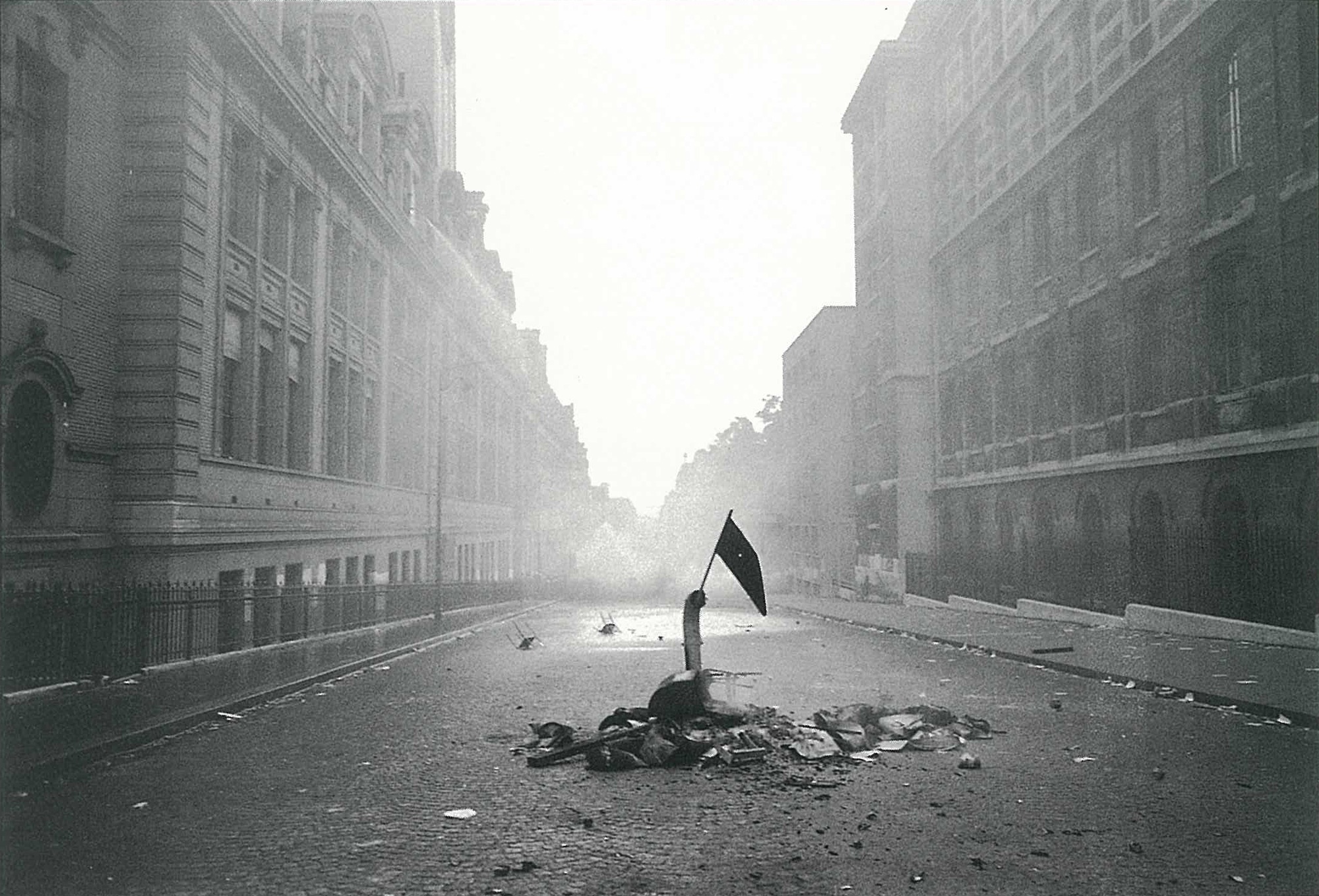 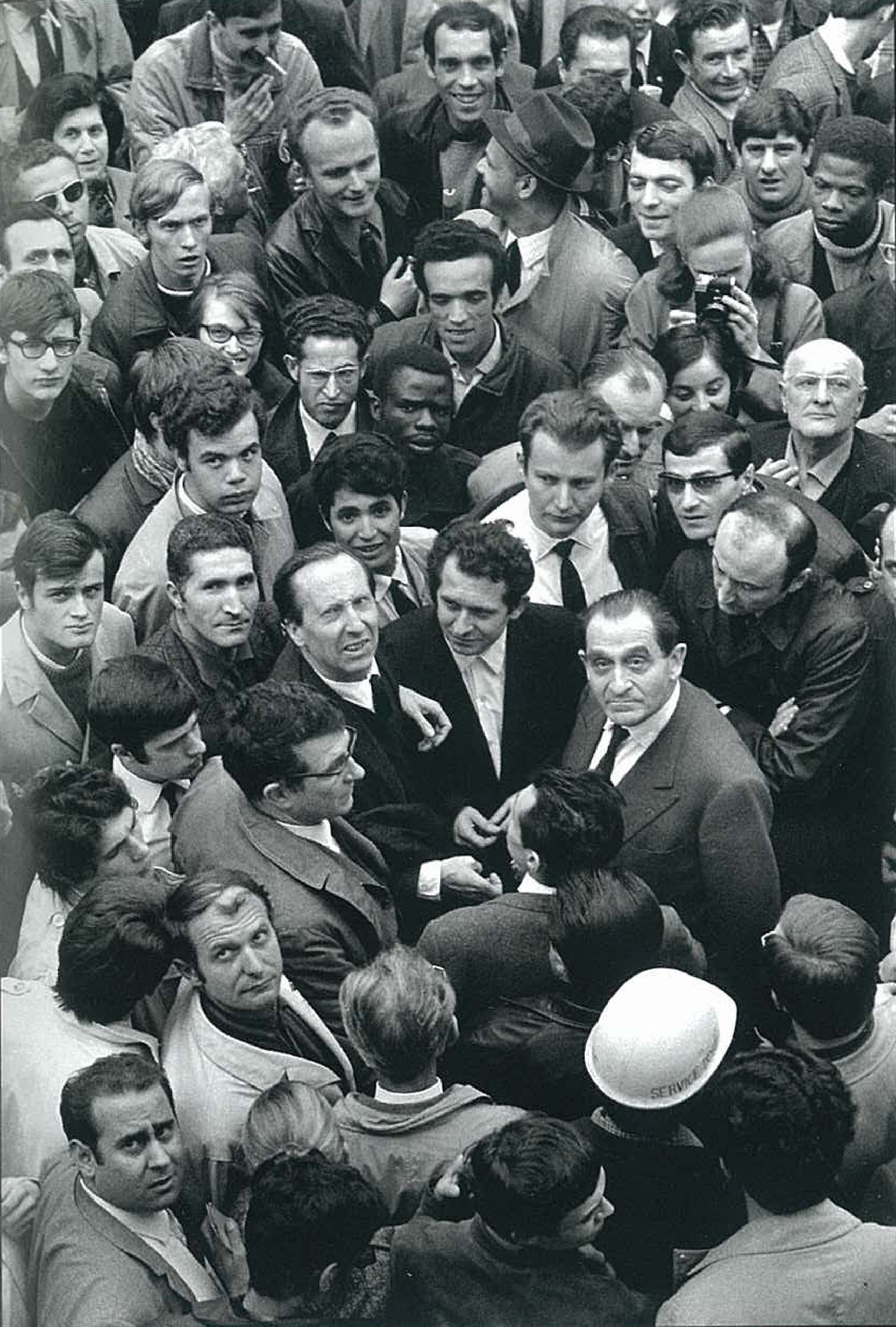 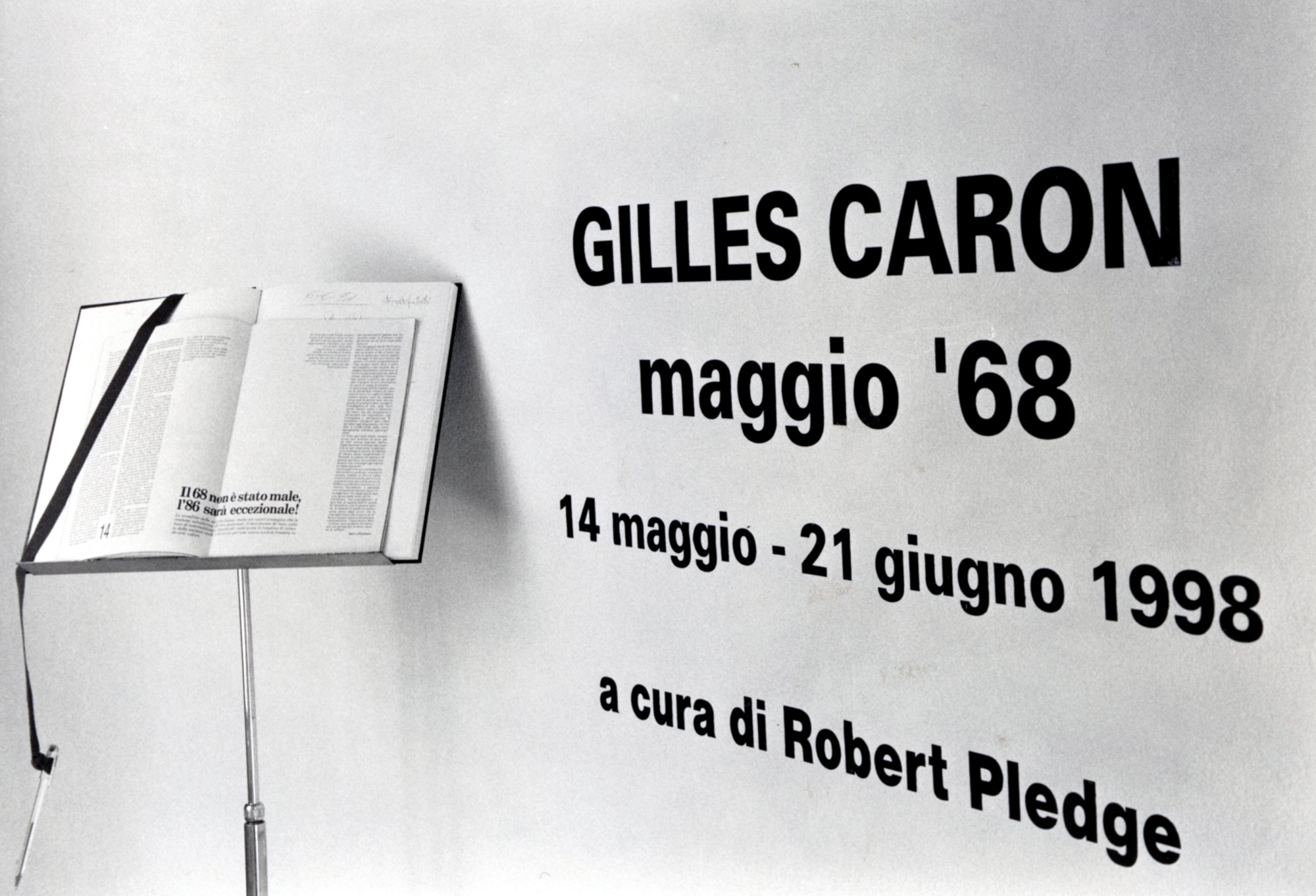 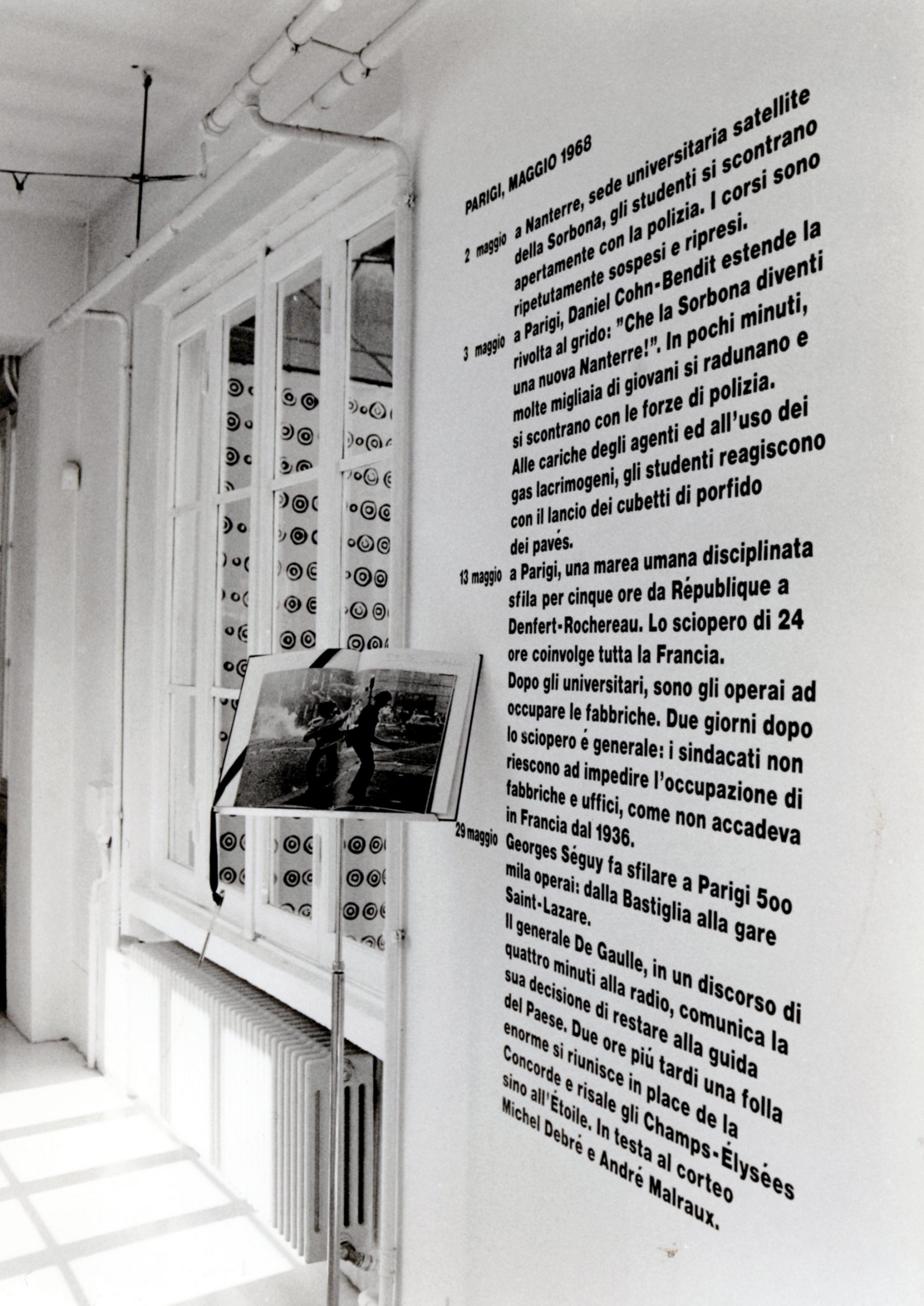 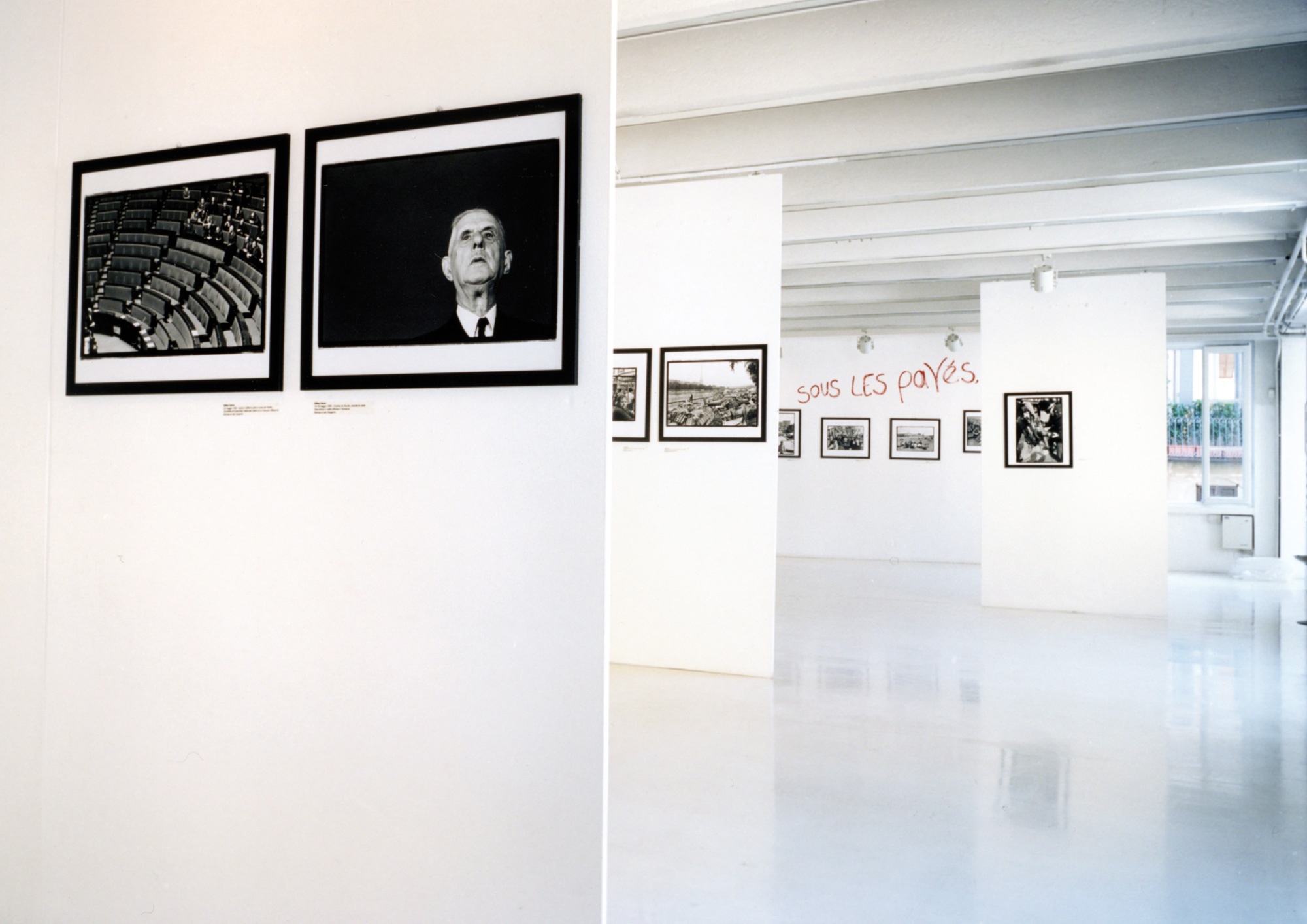 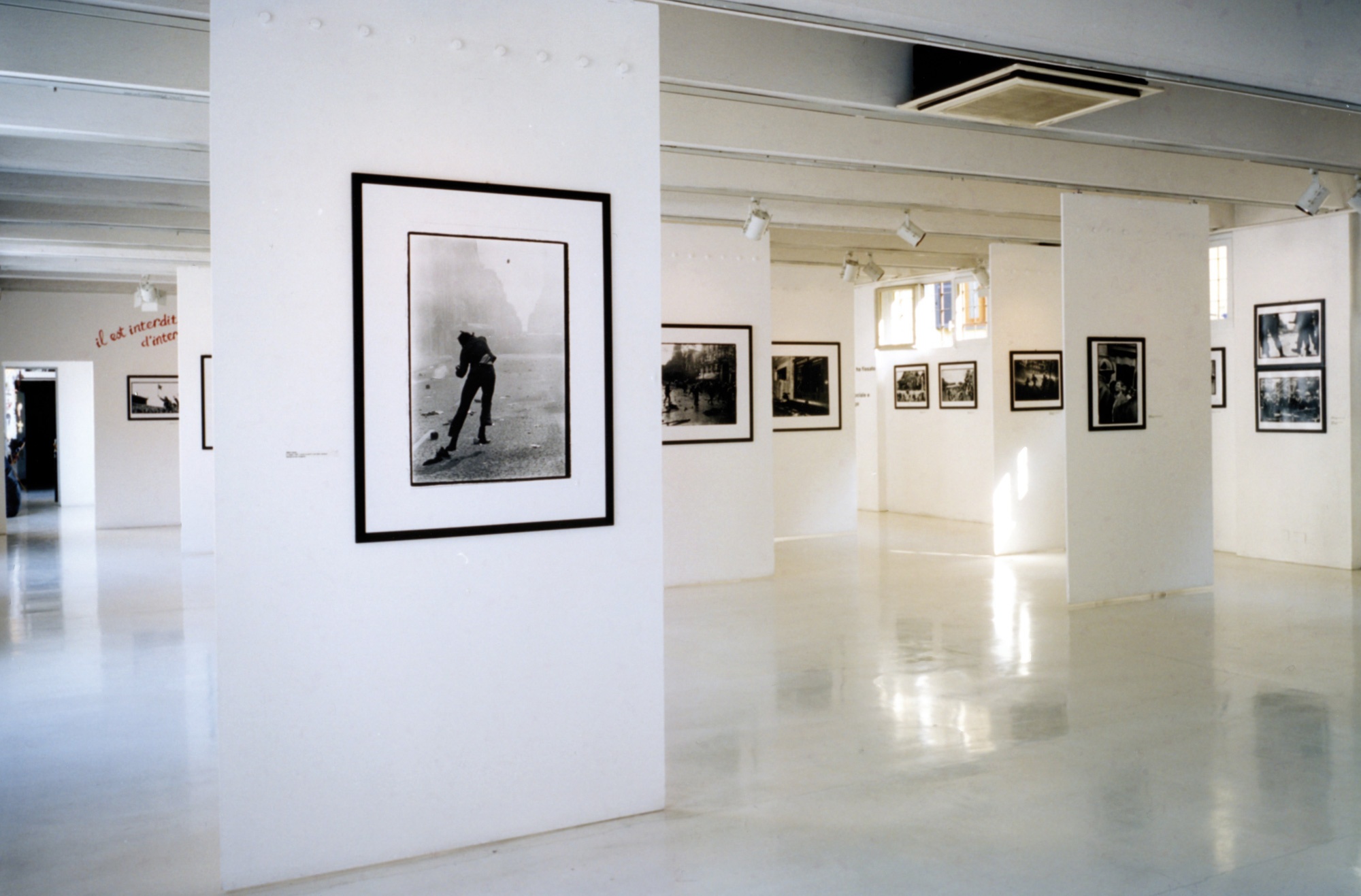 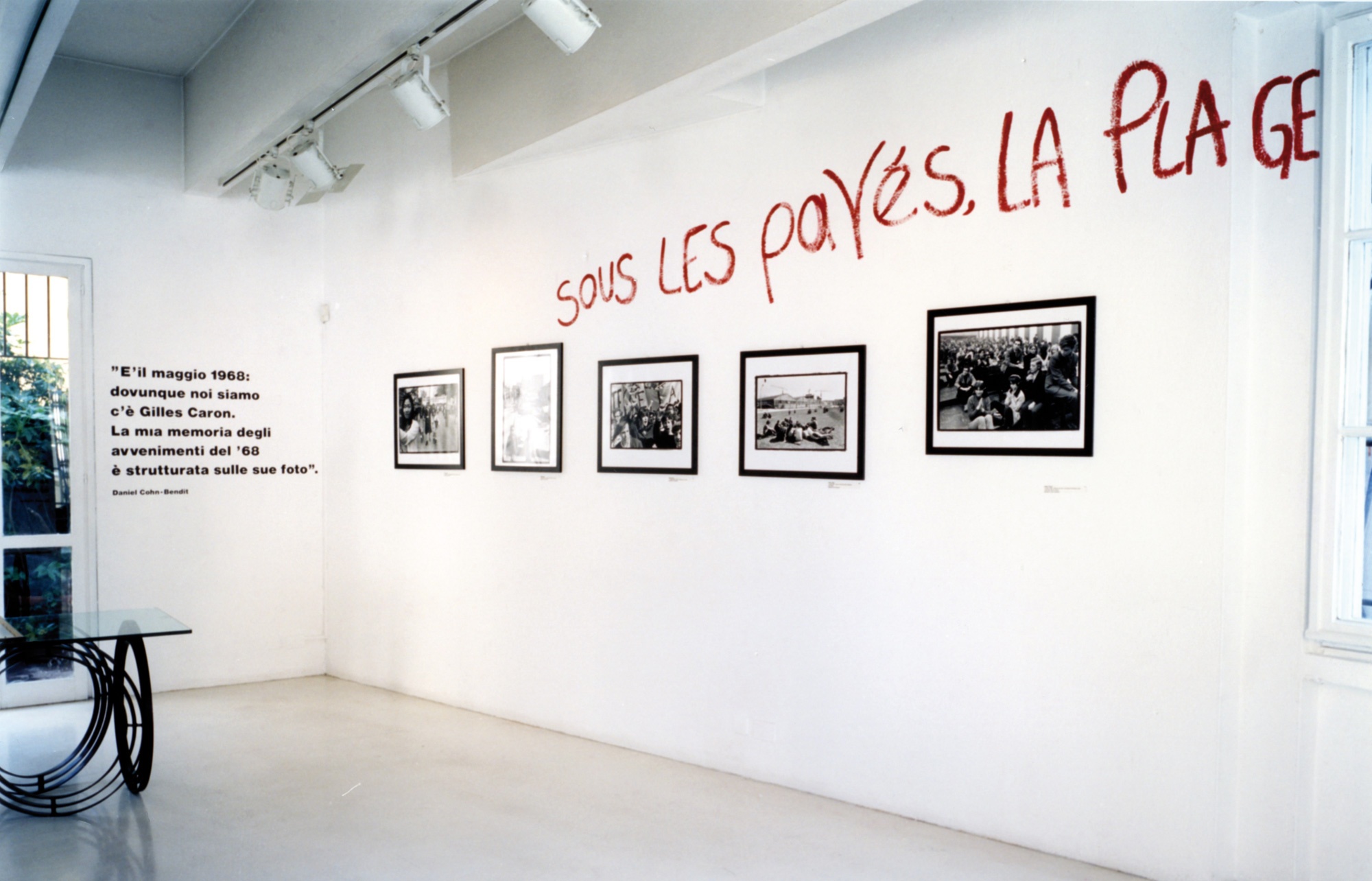 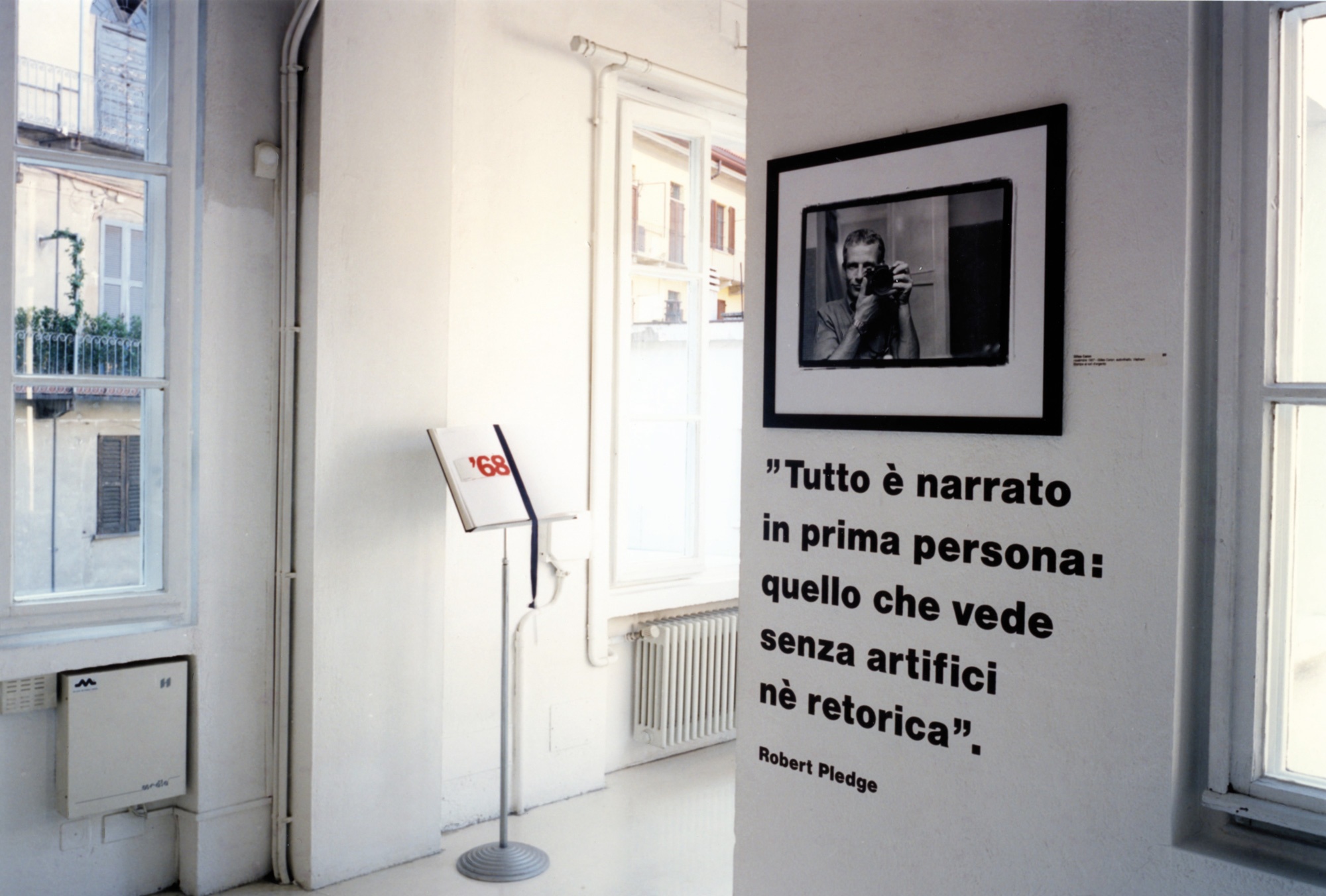 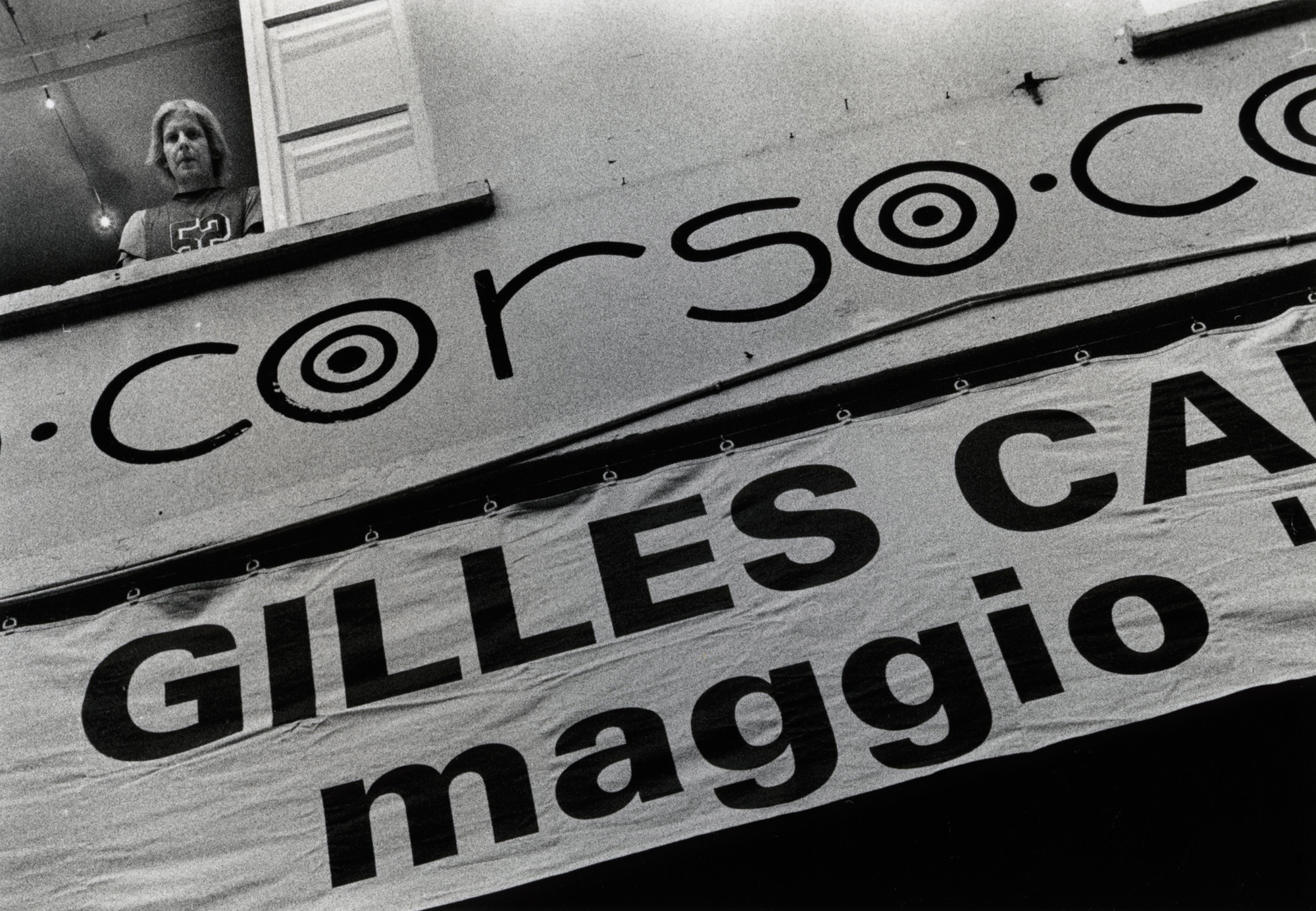 A tireless vagabond of photography, a memorialist of events, Caron appropriates the everyday clichés of social and political life in wartime France, rather than its horrors. His journalistic curiosity and his intellectual courage drove him into the front lines of the most important events in contemporary history between 1967 and 1970. His hunger for the truth drove him to travel all over, accepting the risks involved.
Early May, 1968, at the Sorbonne. Gilles Caron’s lens captures Till L’Espiègie singing the Internationale before the special riot squads ready to charge.