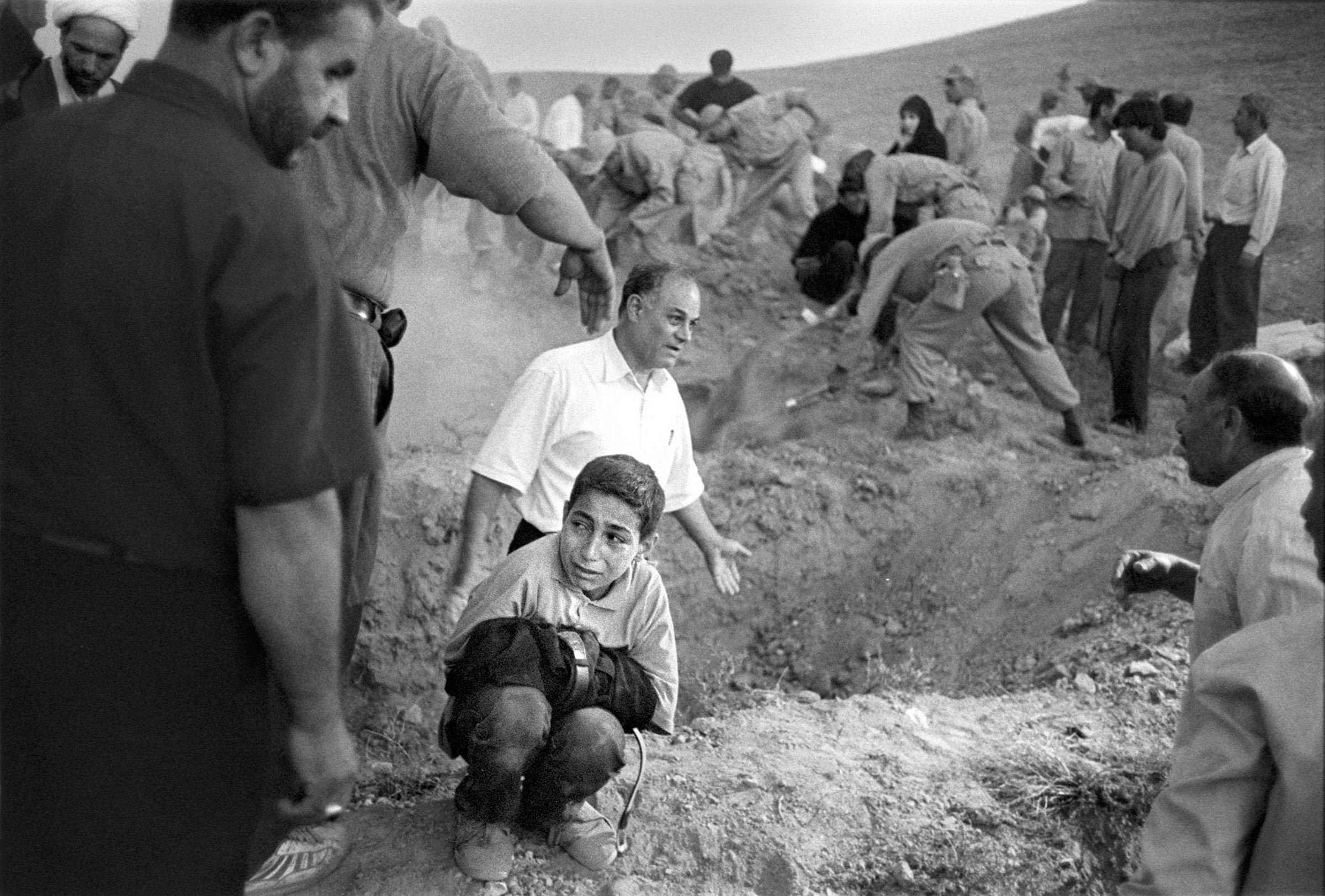 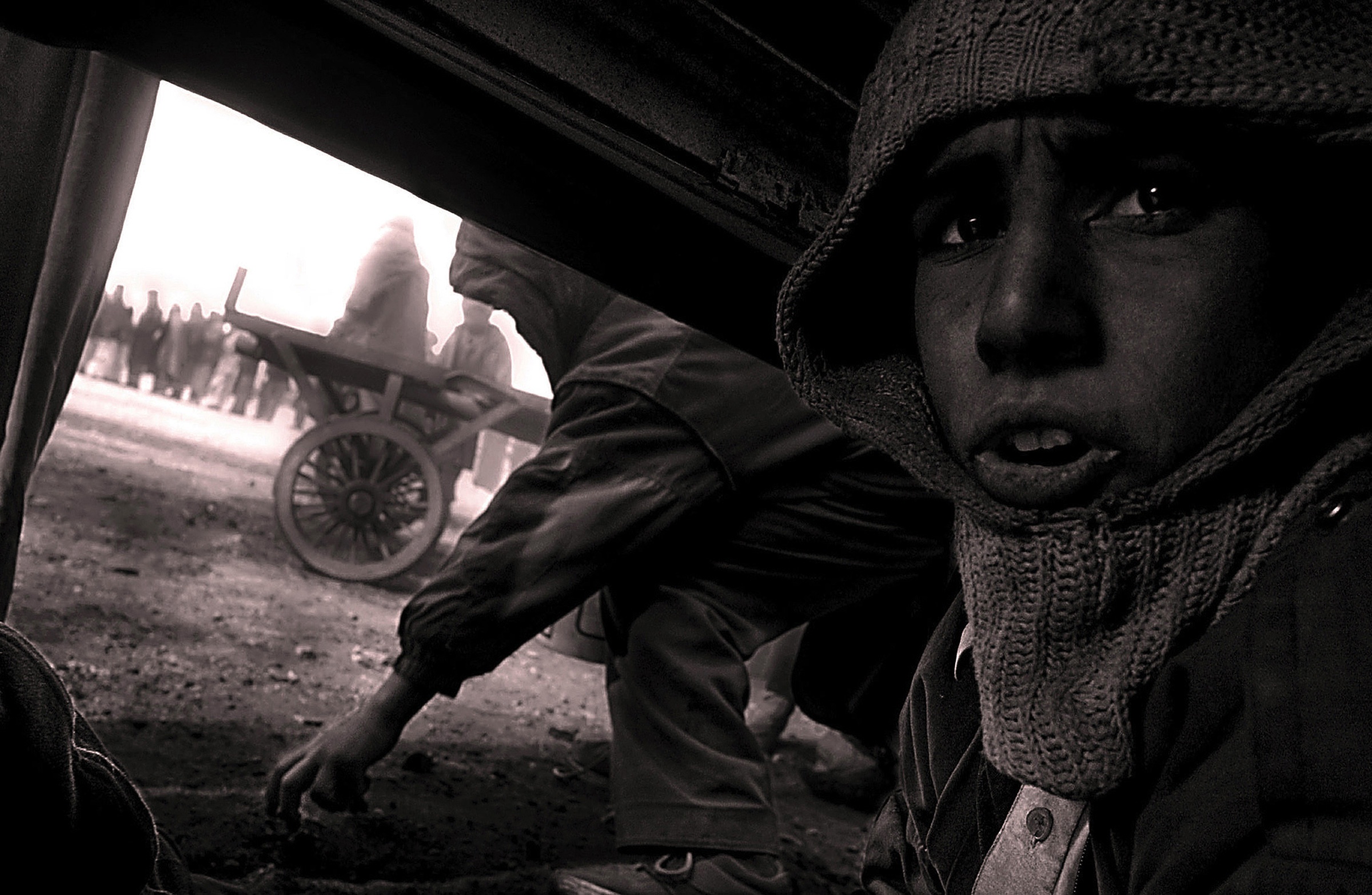 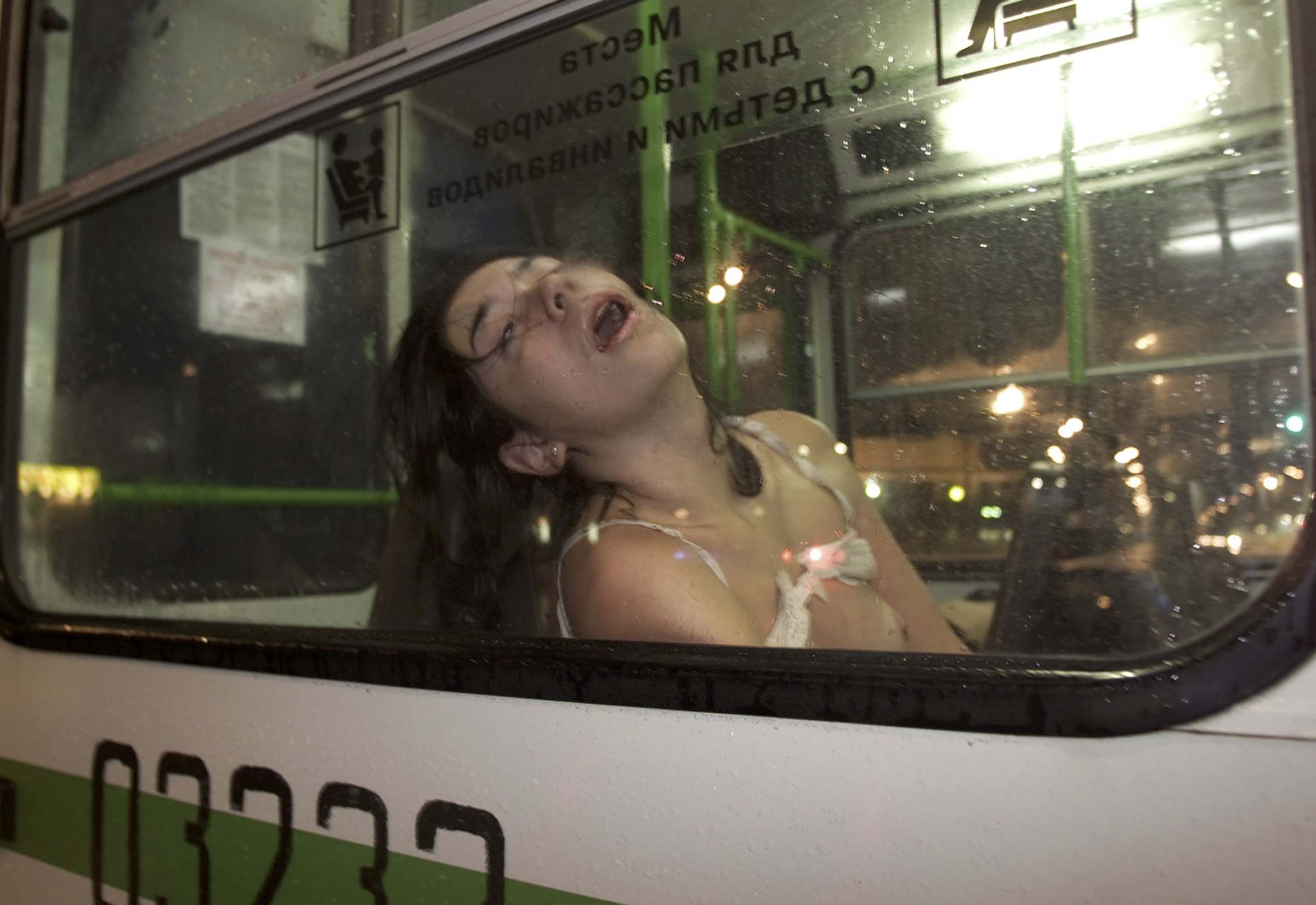 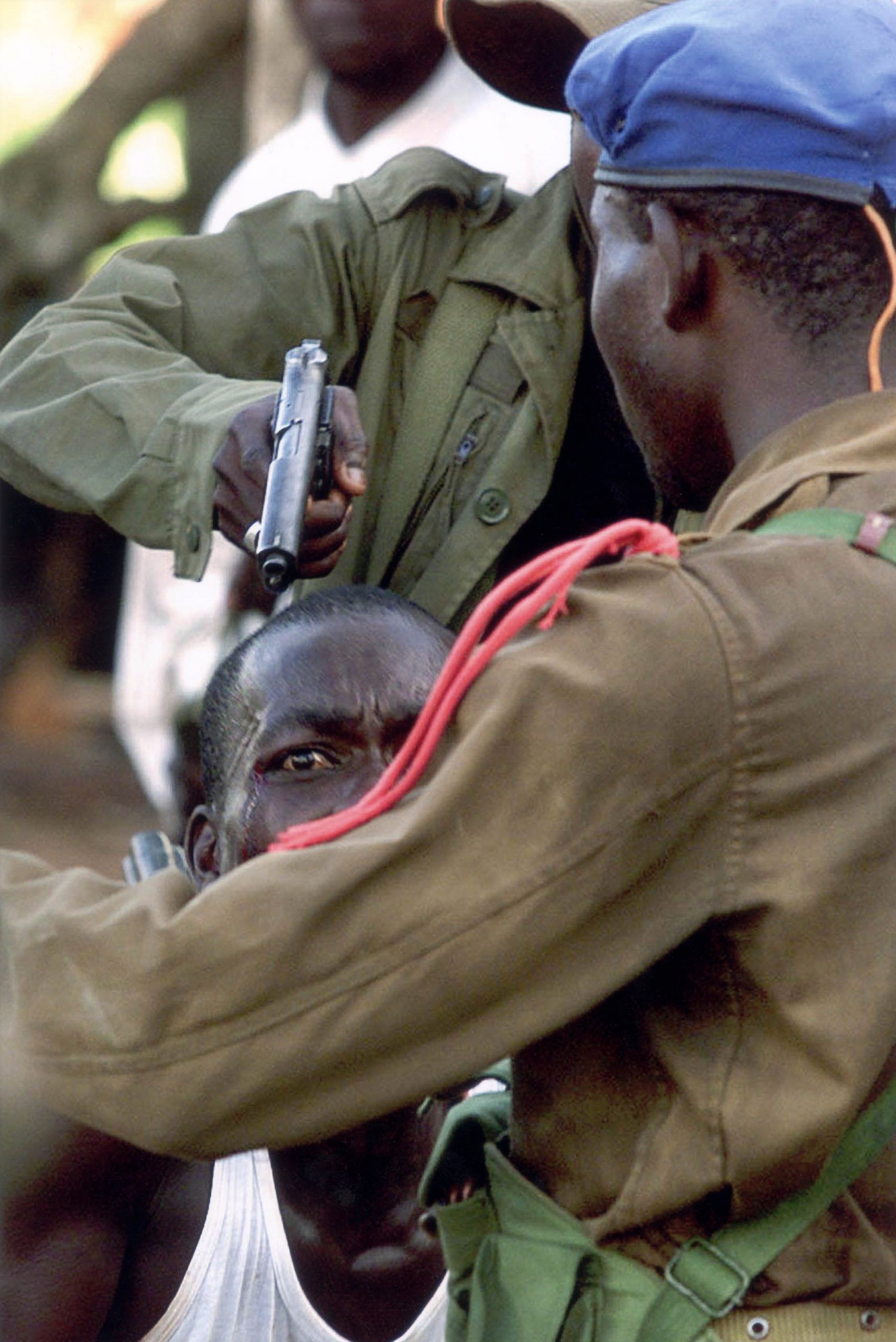 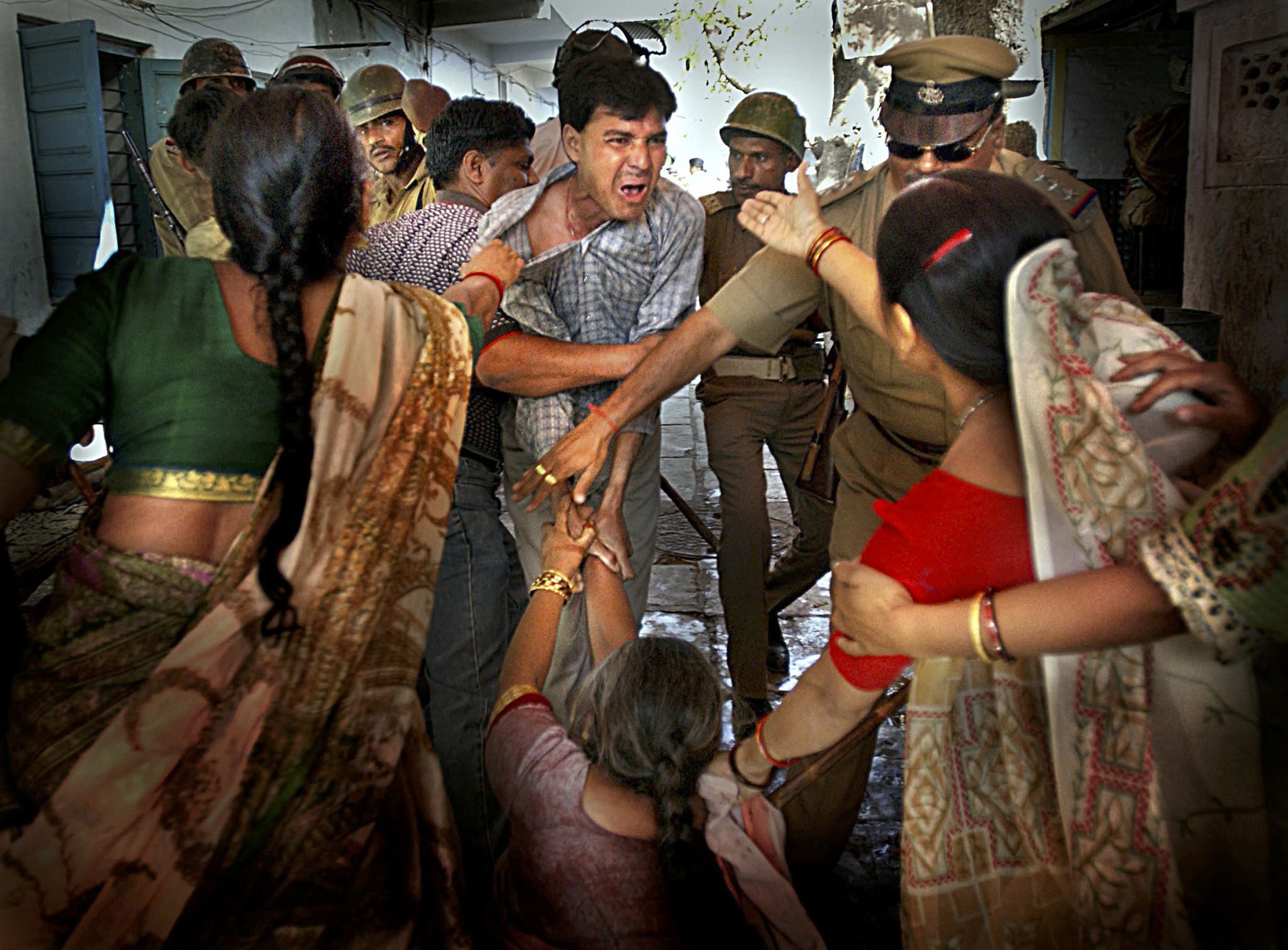 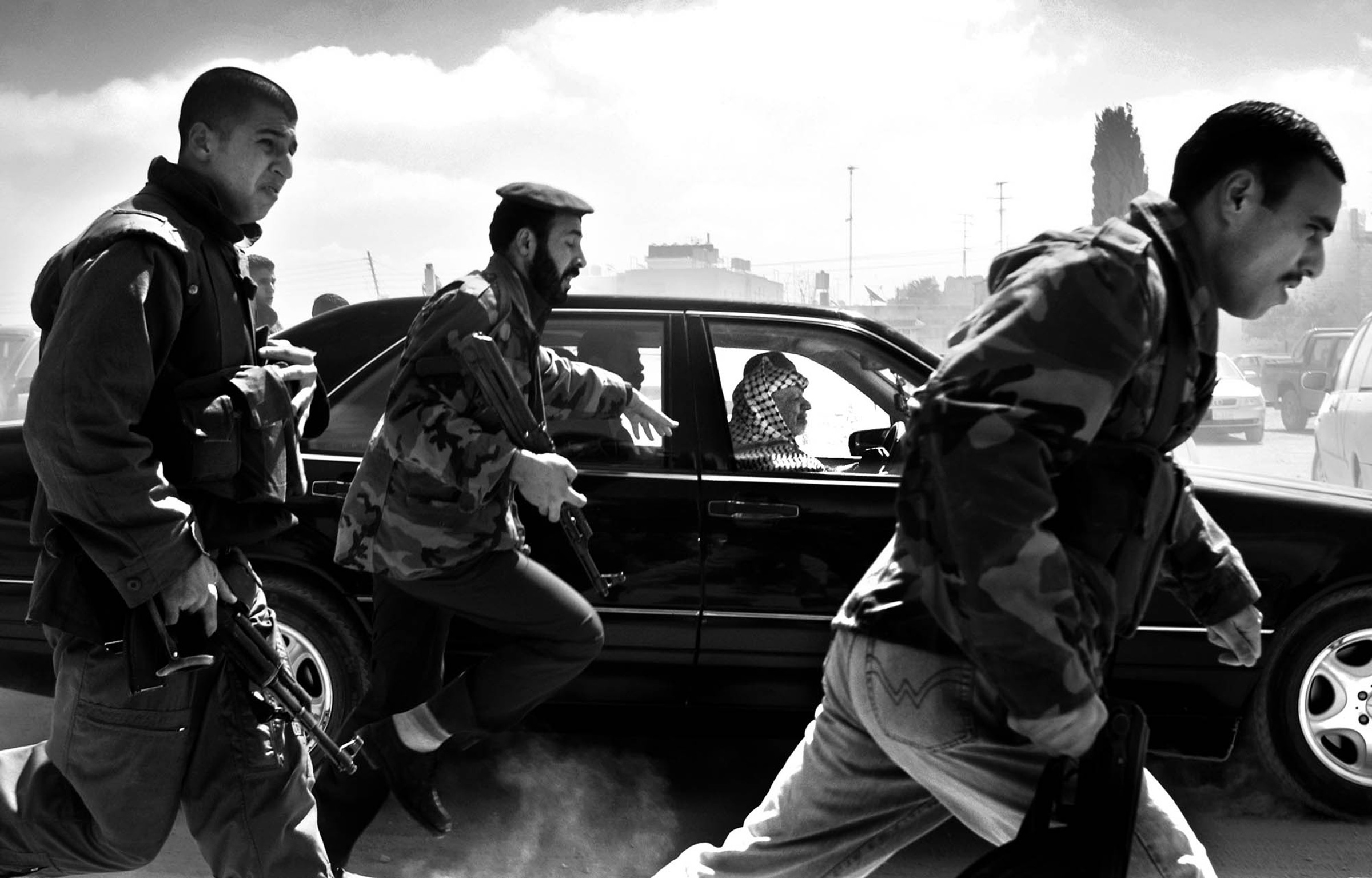 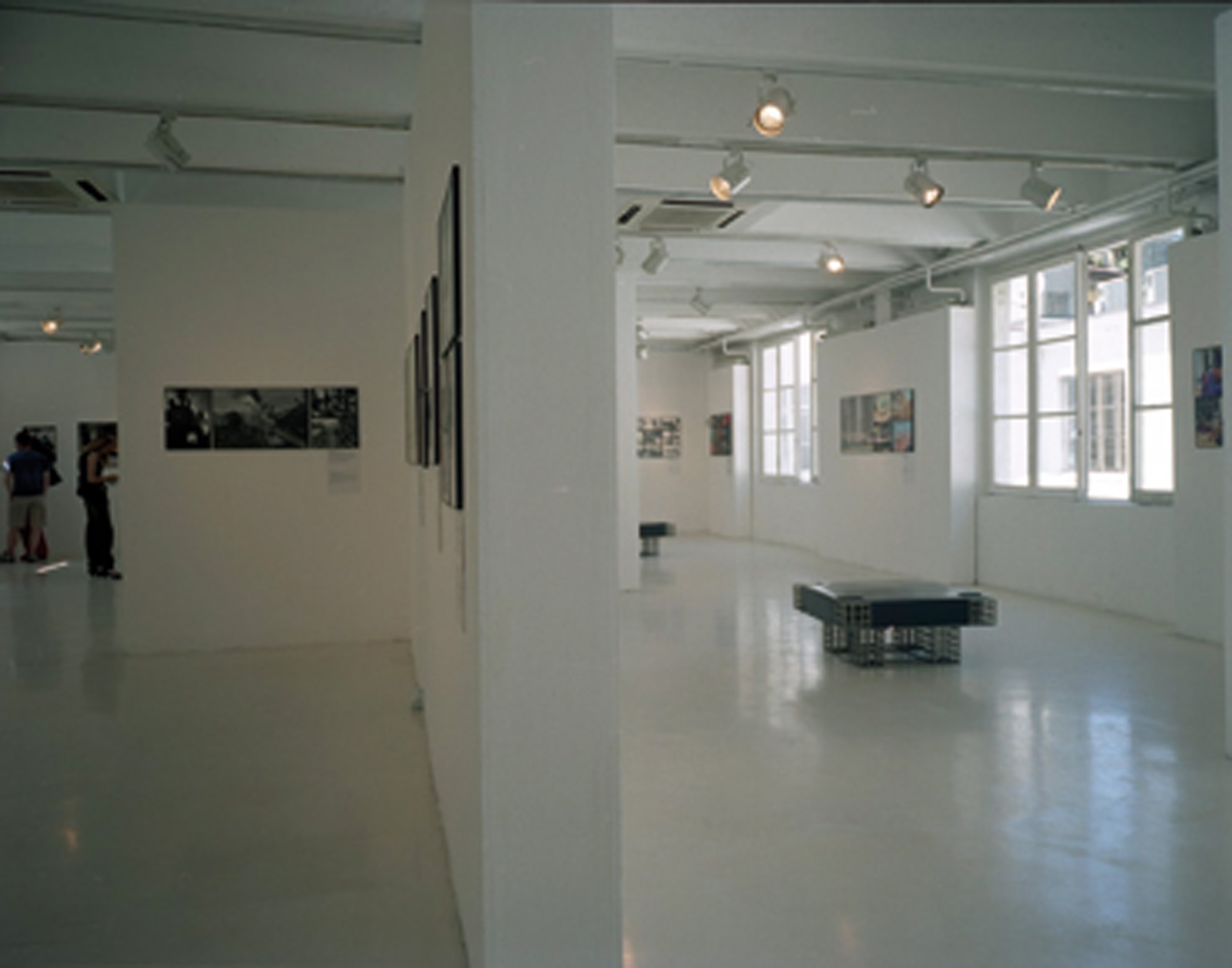 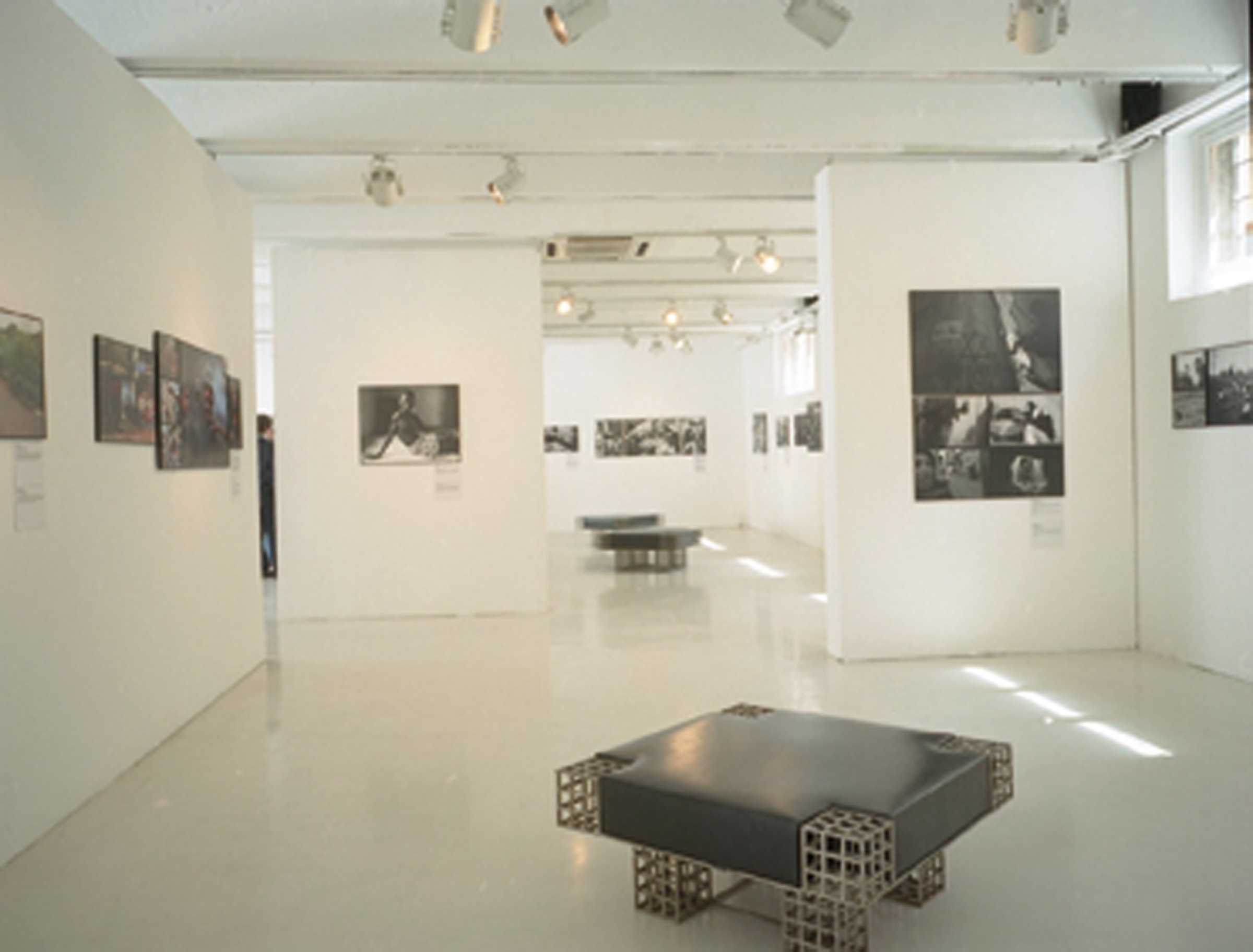 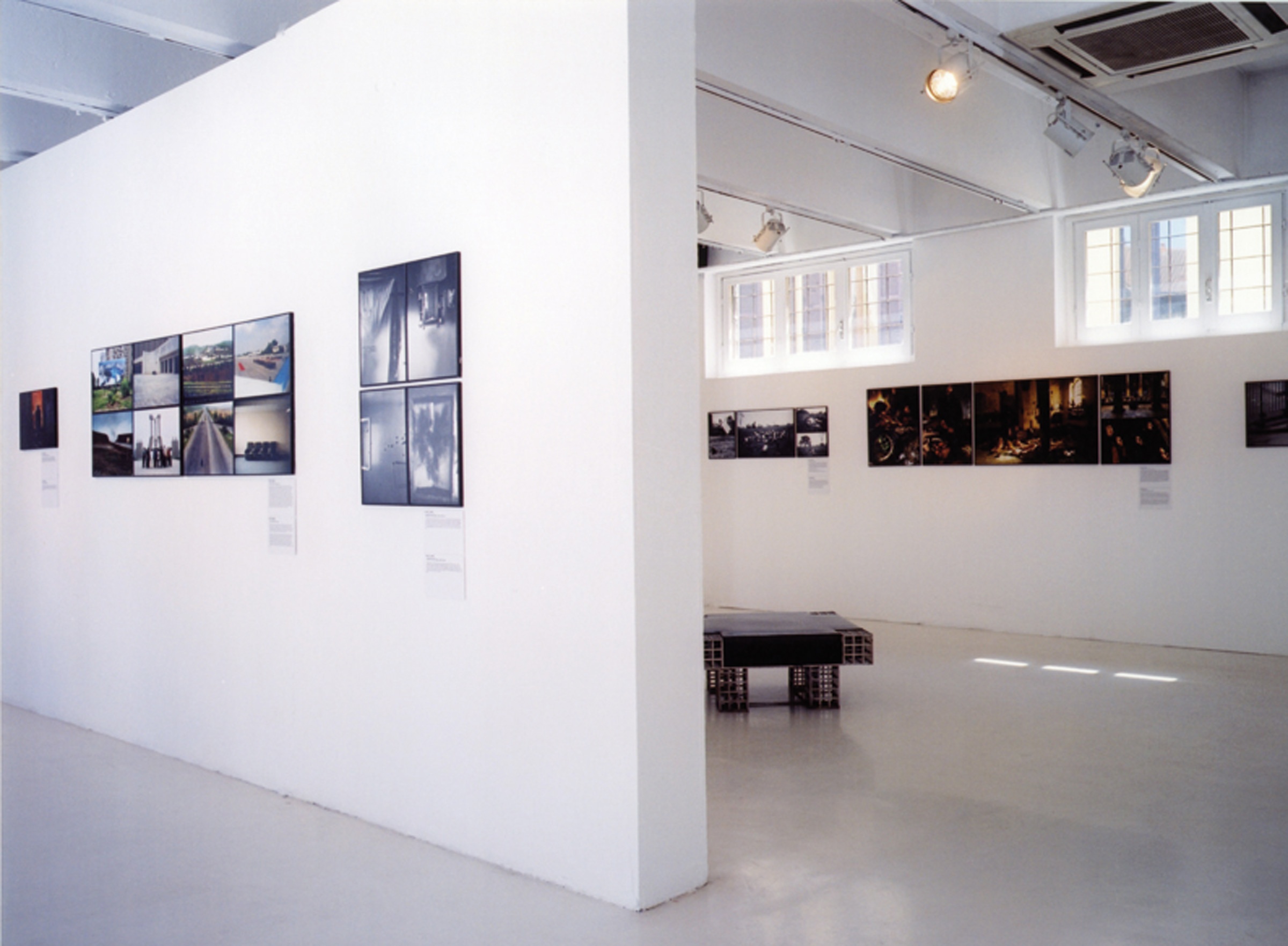 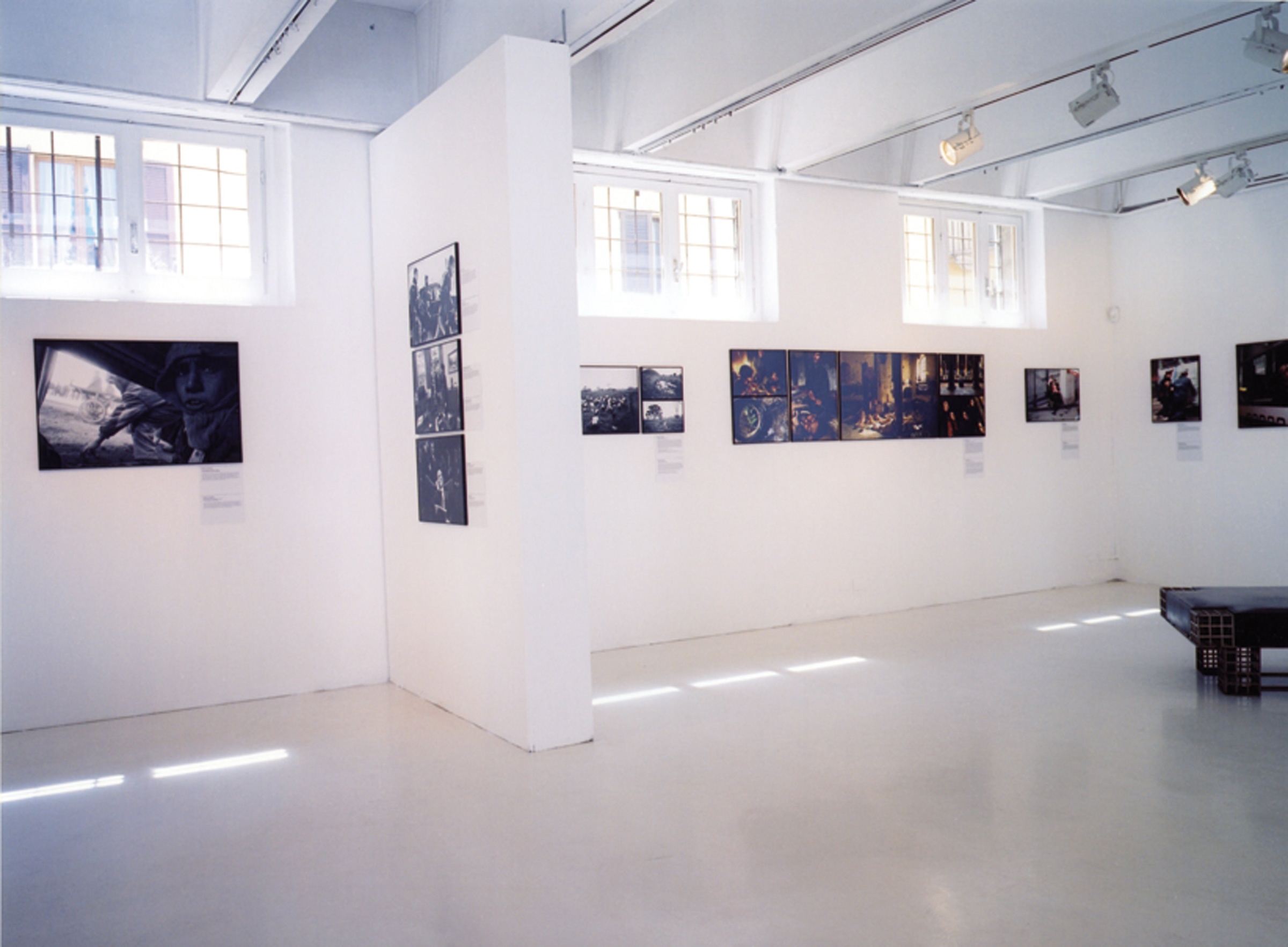 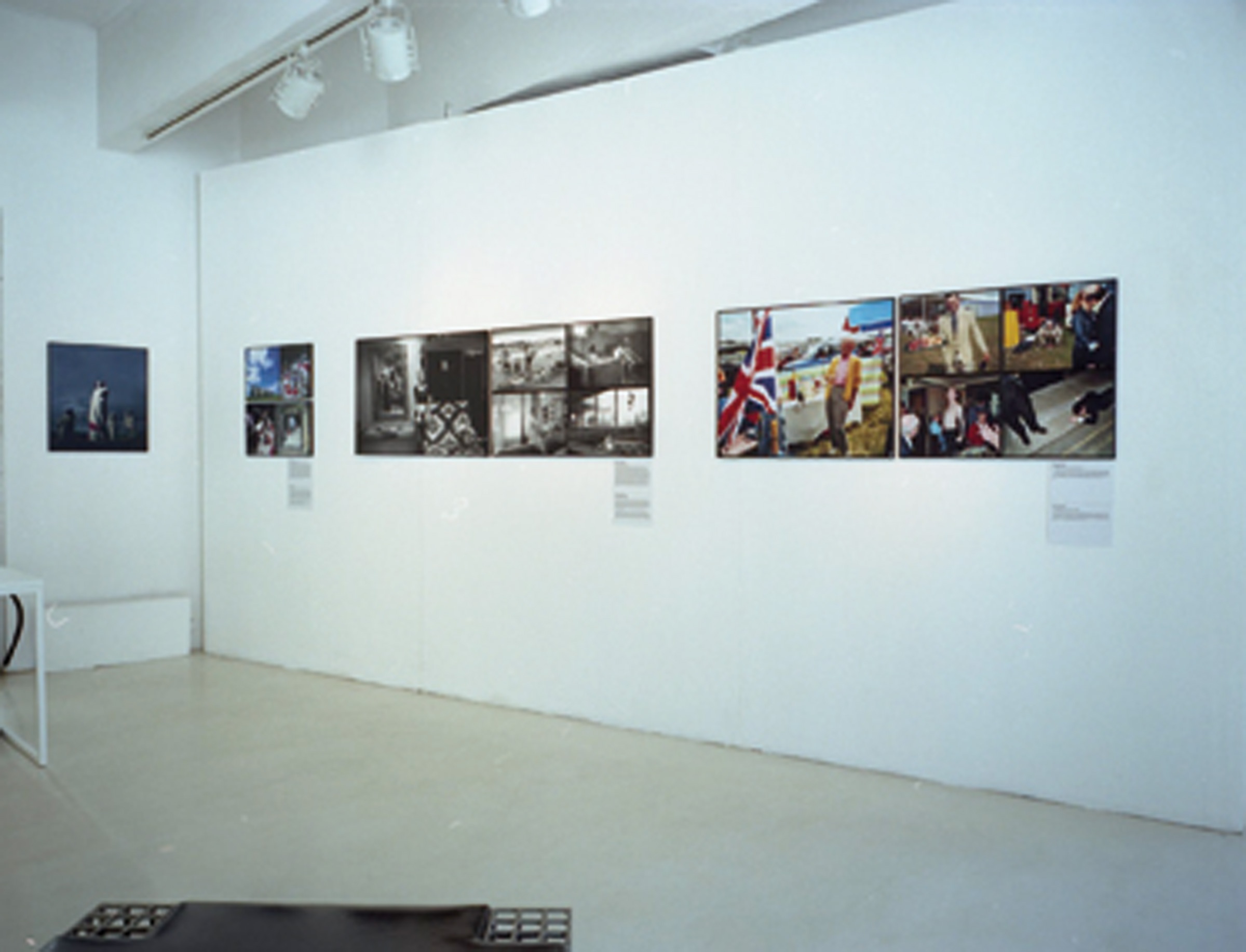 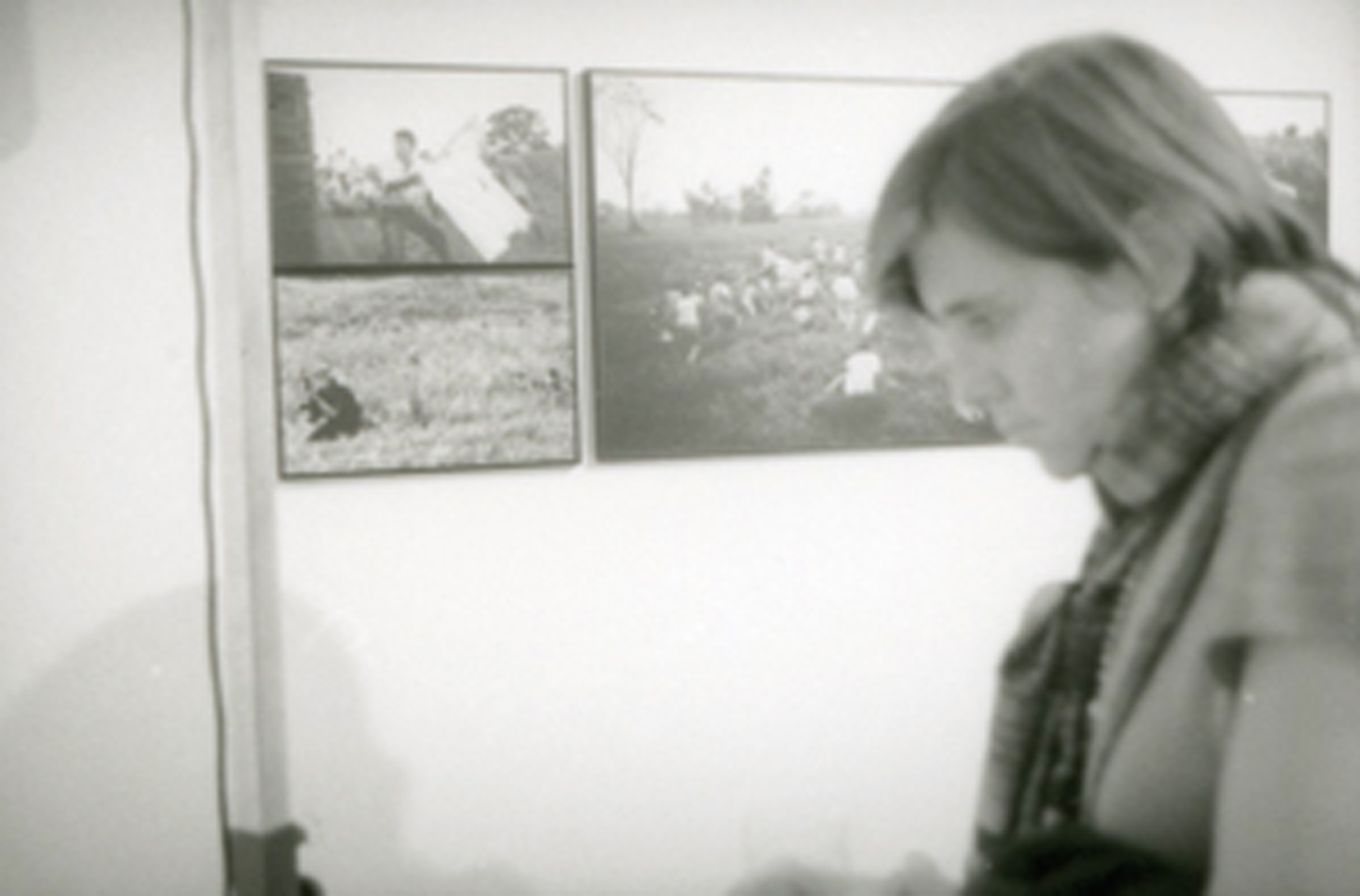 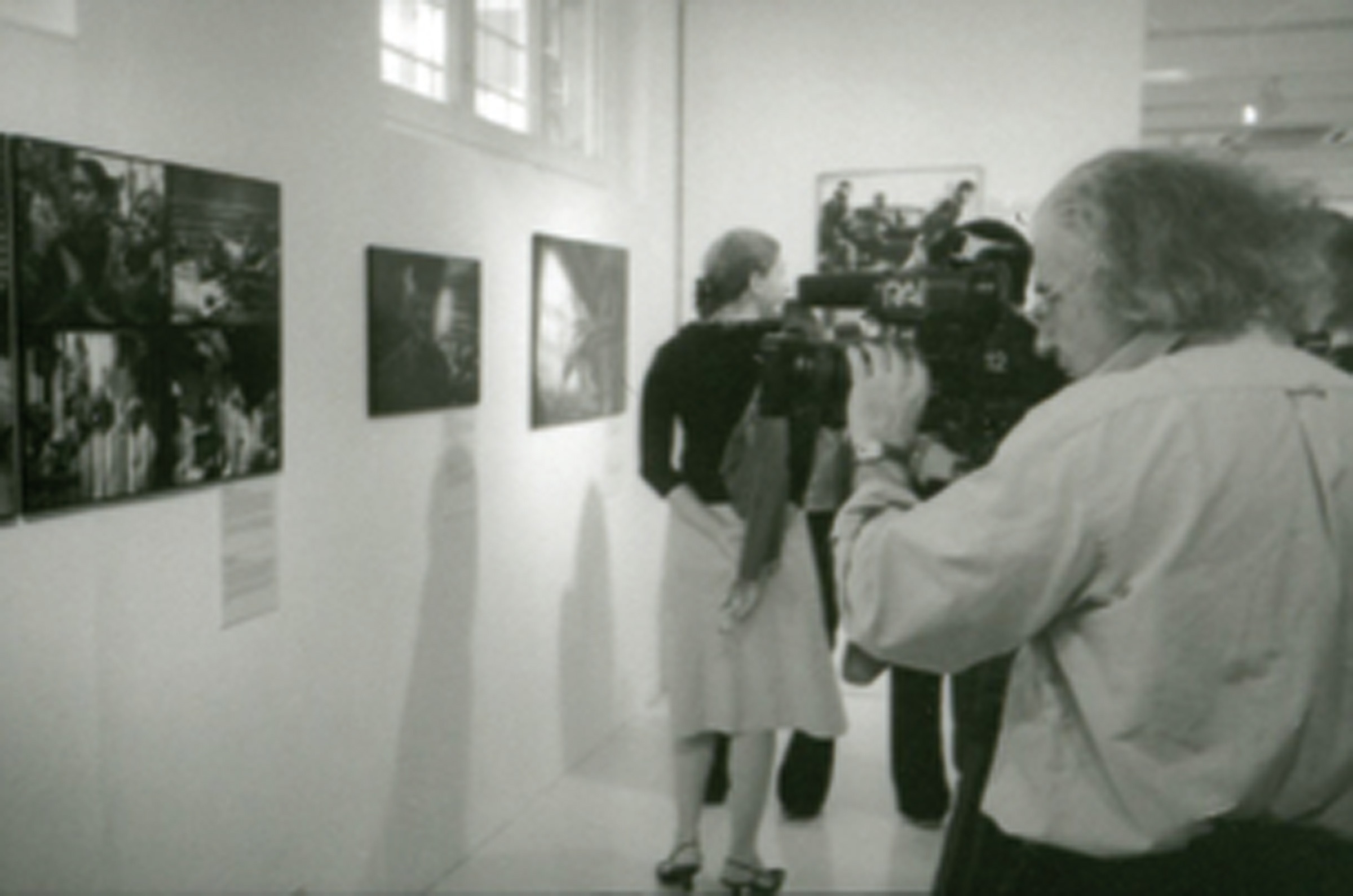 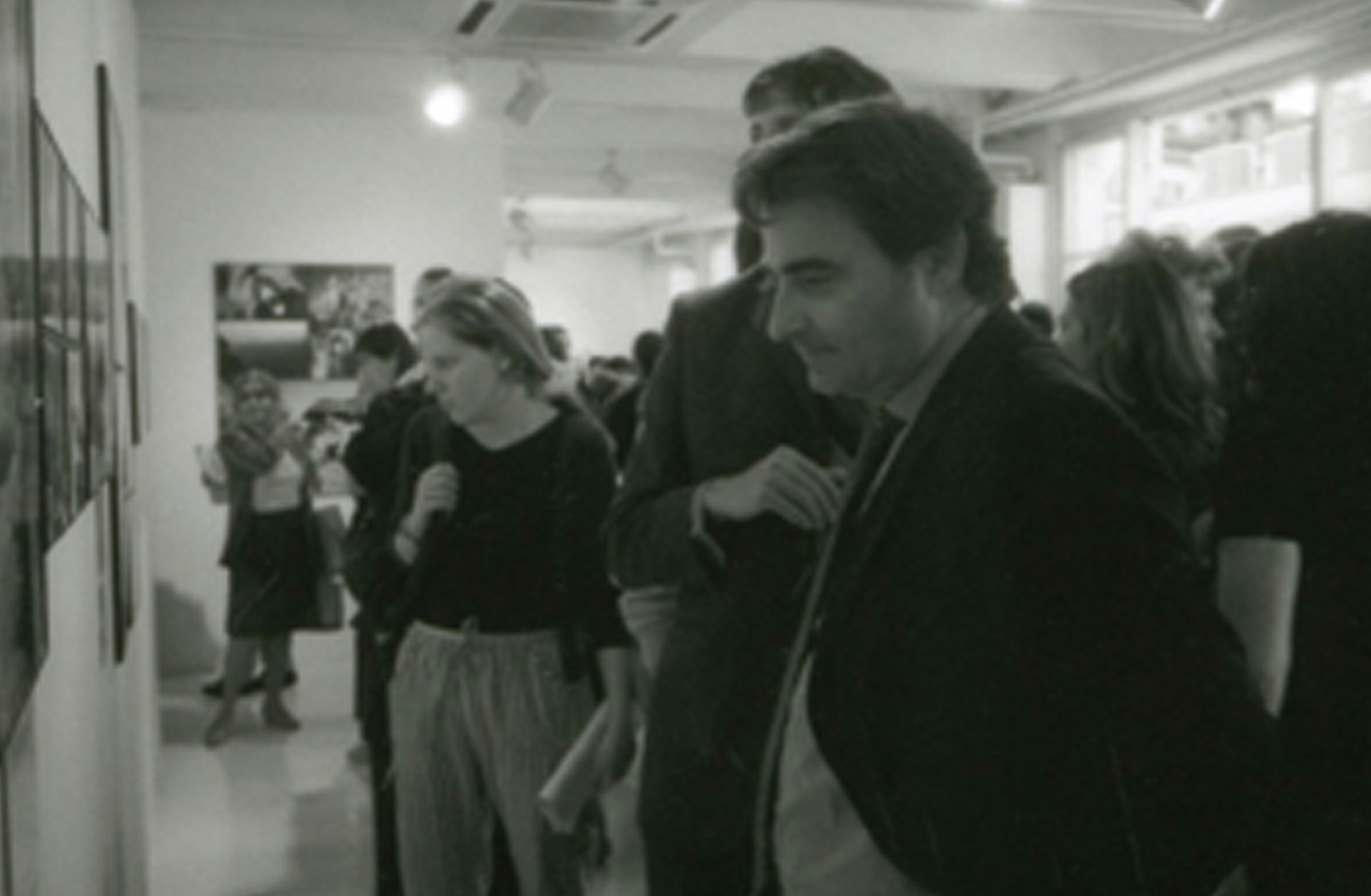 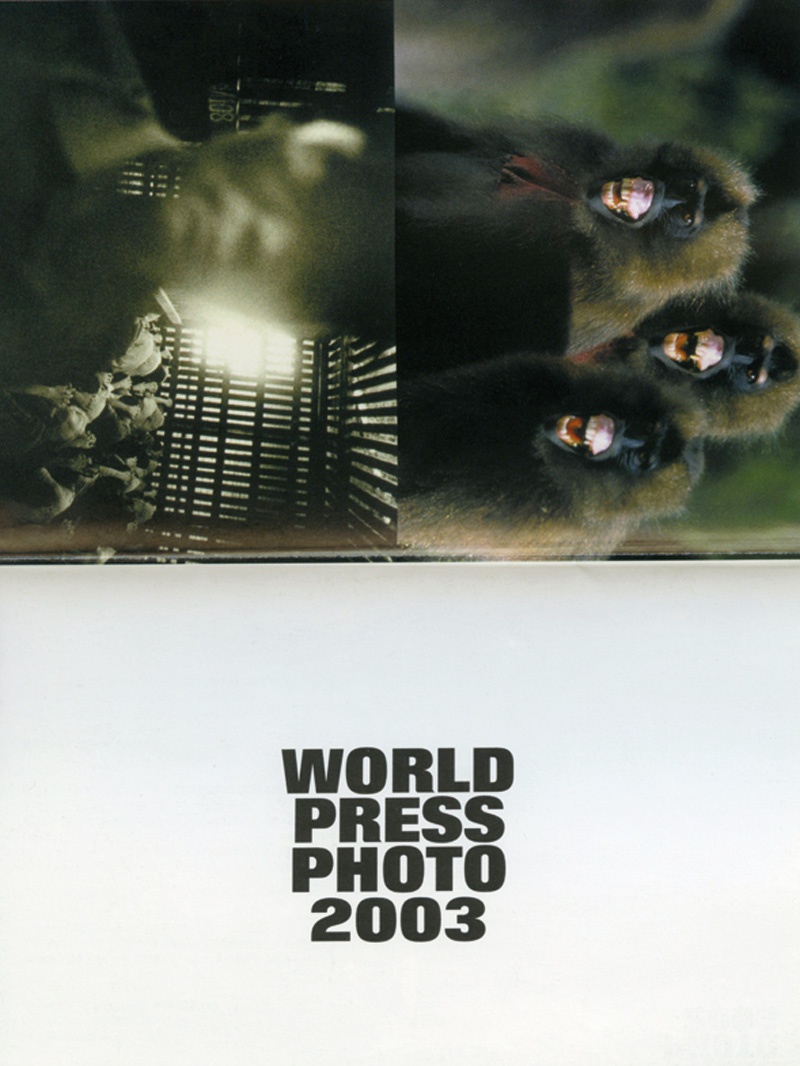 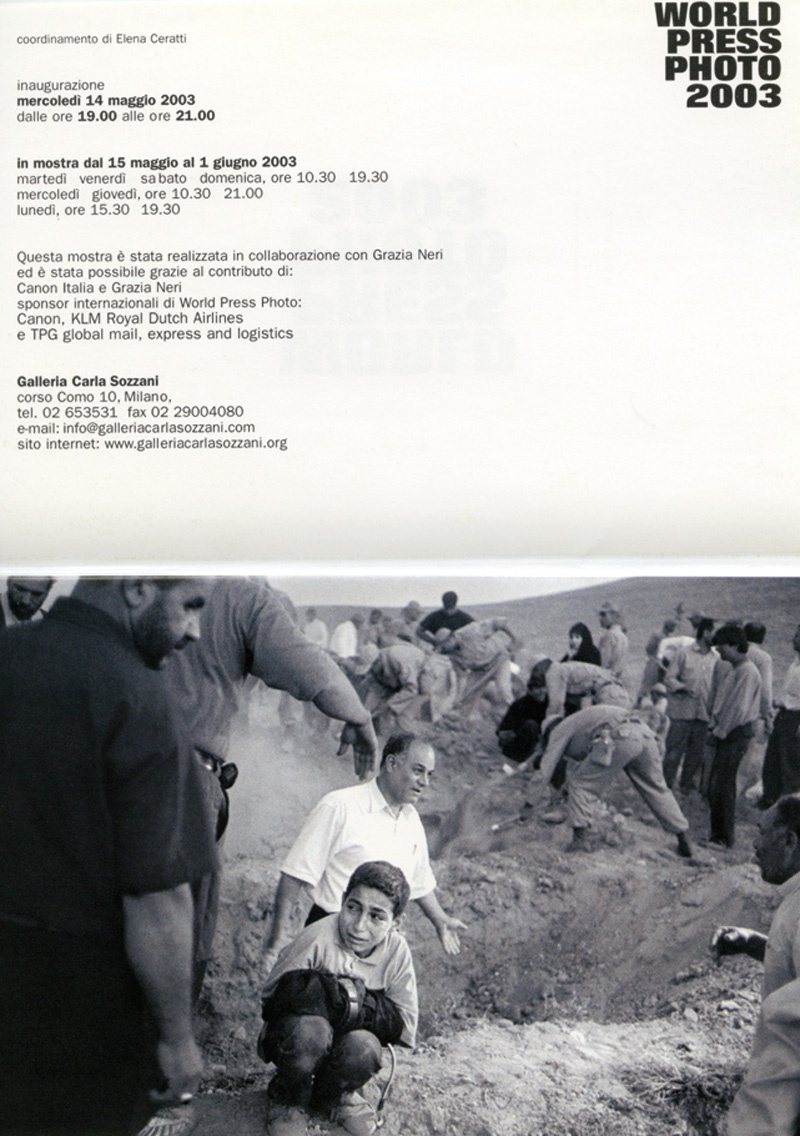 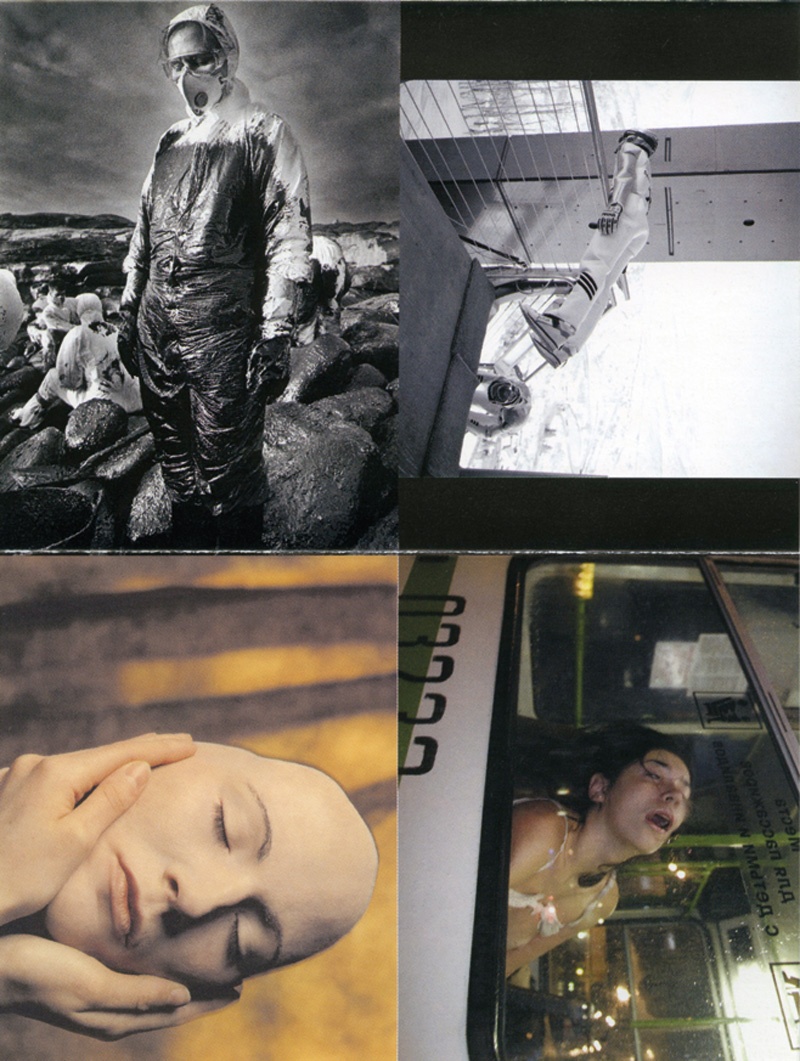 The 2003 competition saw the participation of 3913 photographers from 118 different countries who submitted a total of 53,597 pictures. As compared to past editions, many more photographs were submitted in digital form: 69% (57% in 2002 and 27.5% in 2001). The final selection presented awards to 55 photographers from 21 countries: Armenia, Australia, Belgium, Canada, Colombia, the Czech Republic, Denmark, England, Finland, France, Germany, Italy, Japan, Kyrgyzstan, the People’s Republic of China, Peru, Poland, Russia, Spain, South Africa, the United States and Hungary.
The photograph selected as 2002 photo of the year is by an Armenian photographer living in Los Angeles, ERIC GRIGORIAN, represented by Polaris Images and by Grazia Neri in Italy. The black and white photo taken on June 23, 2002 shows a boy crouching down holding the trousers of his father, killed by the earthquake that struck the province of Qazvin, in northwest Iran. The boy is surrounded by soldiers and villagers digging graves for the victims of the powerful earthquake, which took more than 500 victims in 12 villages in the area.
Two Italian photographers won awards in this year’s competition: Emmanuel Scorcelletti and Paola Porto, both in the The Arts singles category.