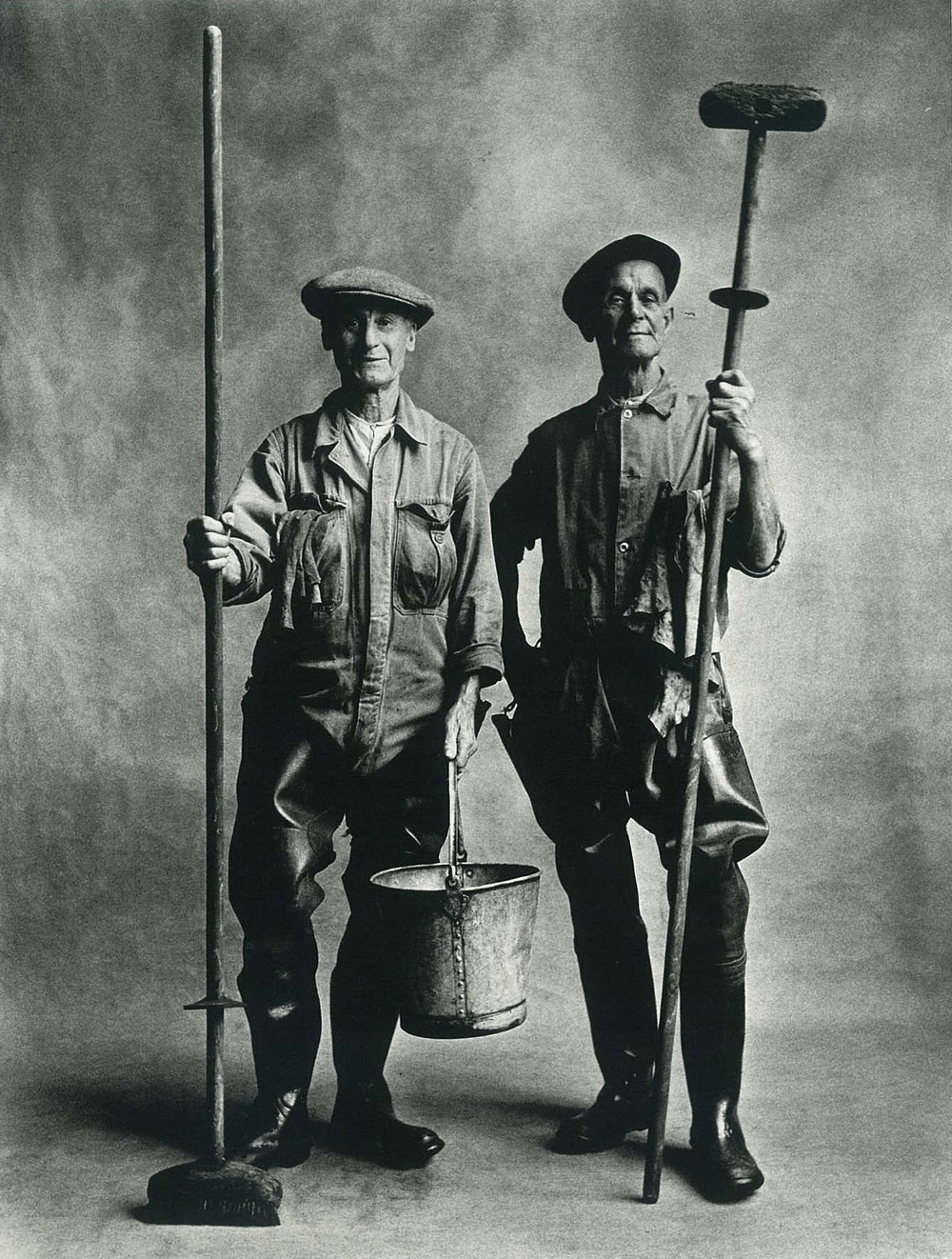 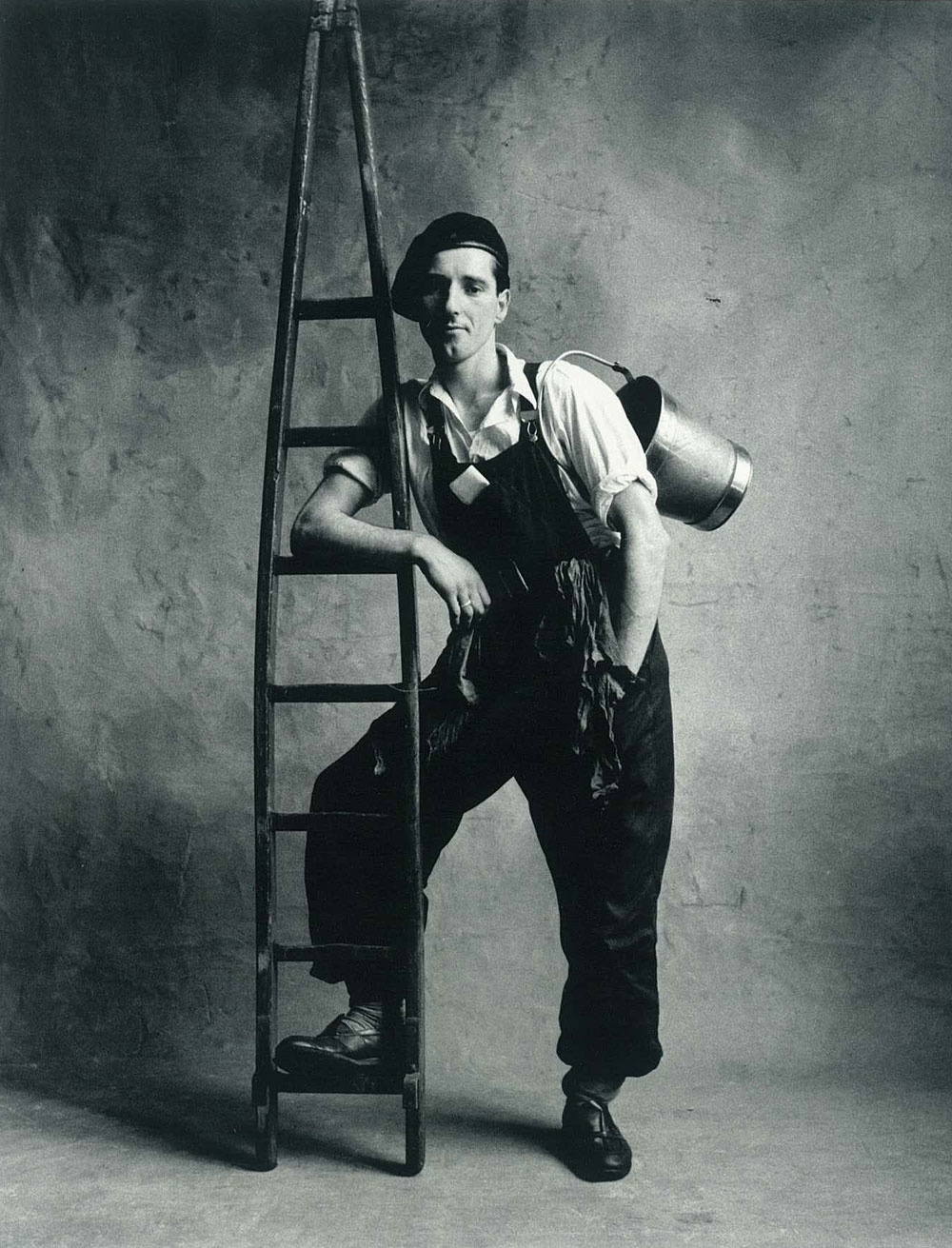 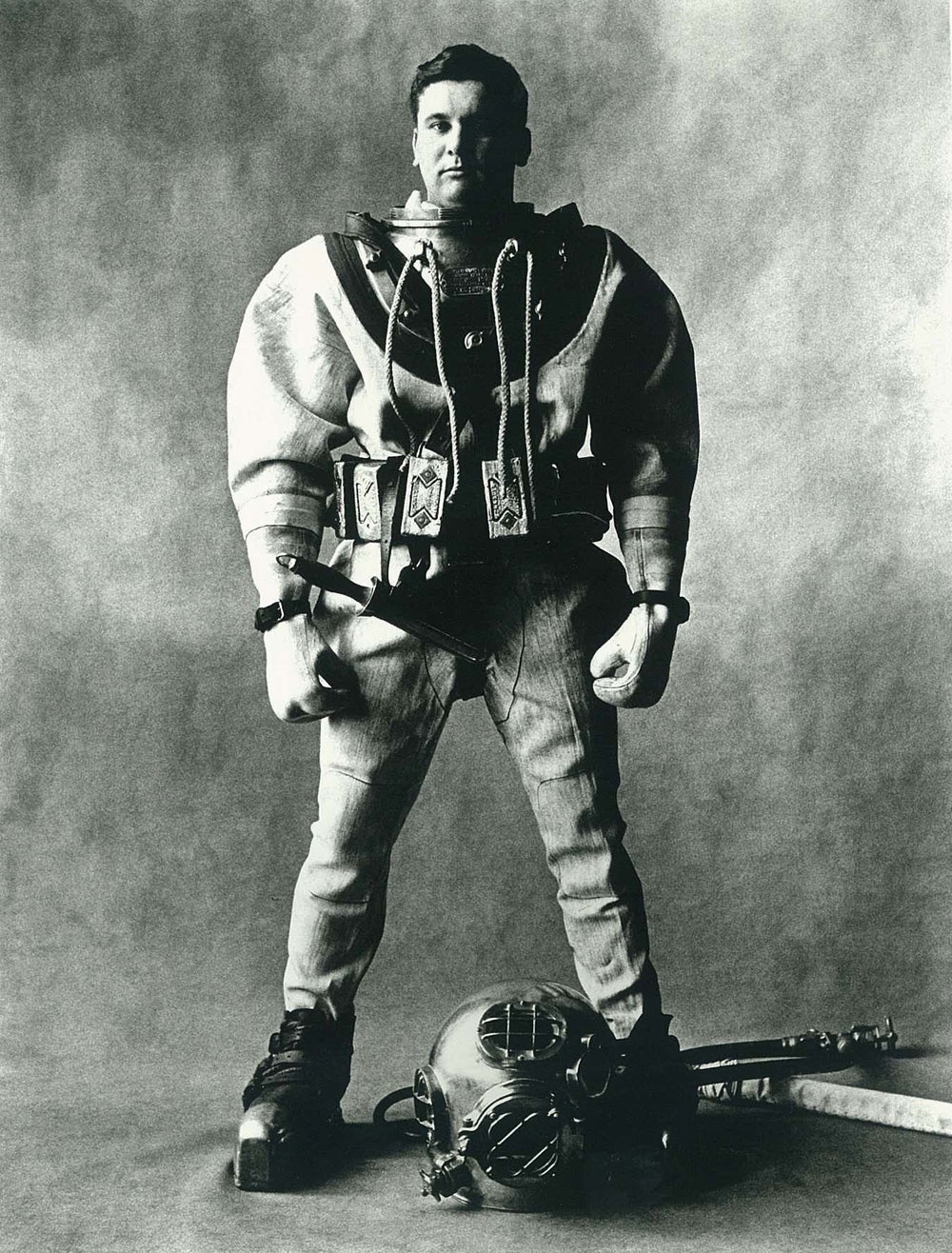 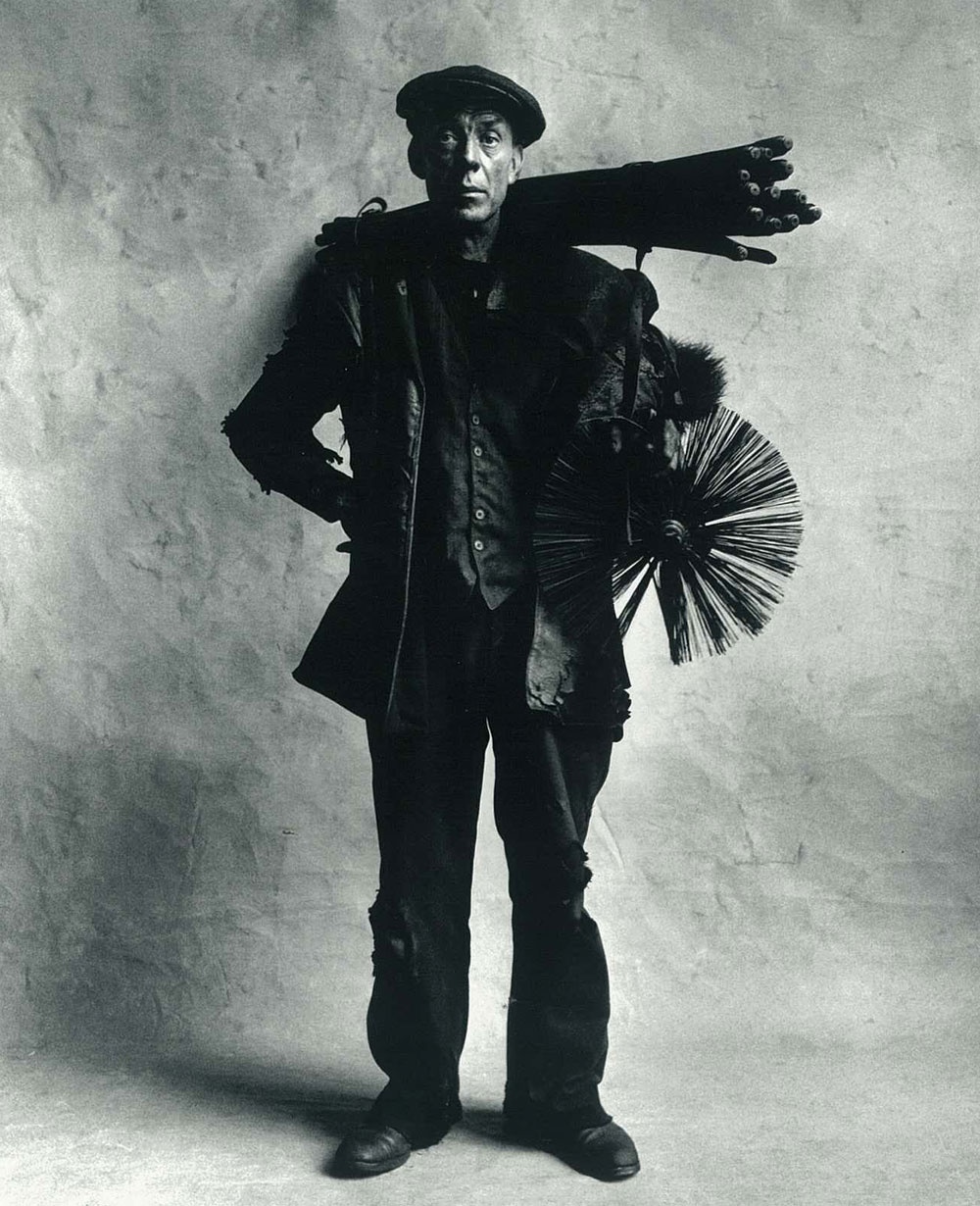 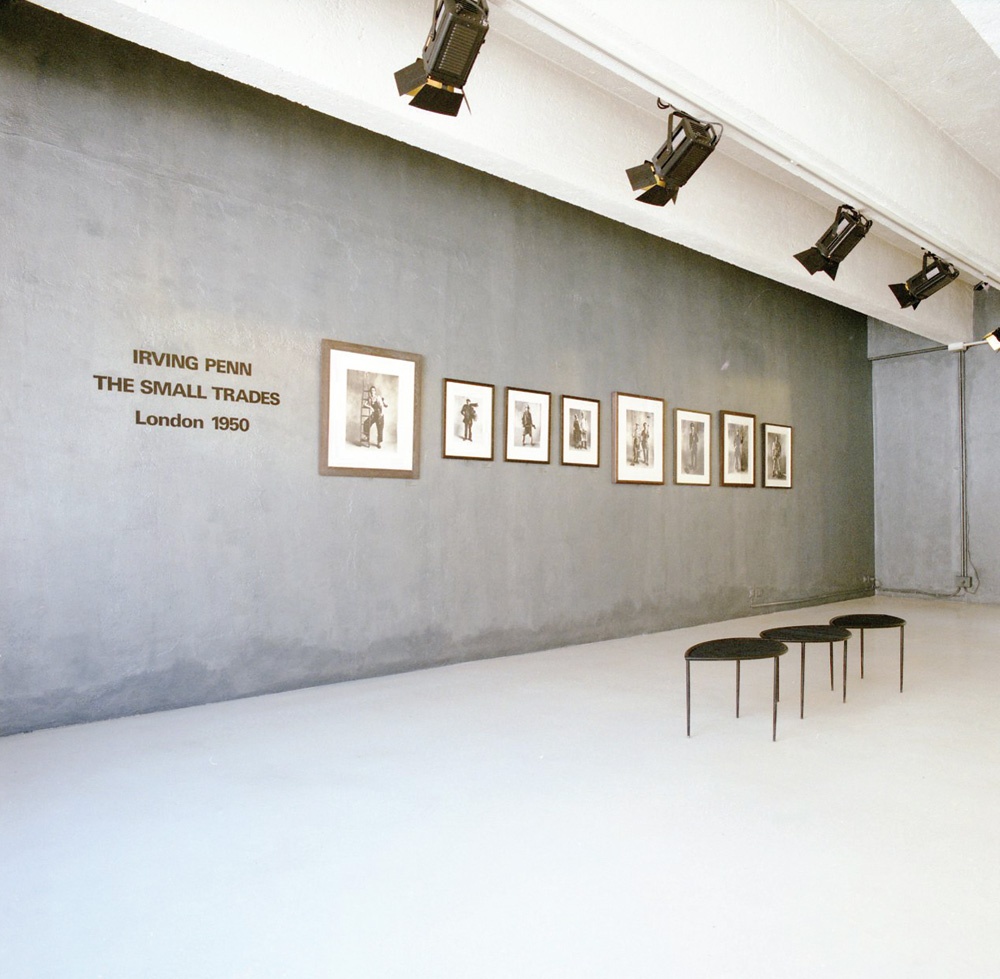 Photographer Irving Penn (1917-2009) was renowned for his innovative contributions to portrait, still life, and fashion photography, and a career that has spanned more than six decades at Vogue magazine. In 1950, Vogue assigned Penn to photograph workers in Paris, and thus his monumental work The Small Trades began. Created in 1950 and 1951 in Paris, London, and New York, The Small Trades consists of portraits of skilled tradespeople dressed in their work clothes and carrying the tools of their respective occupations. Capturing the humble coal heaver and the crisply dressed waiter with equal directness, Penn’s arresting portraits also underscore fascinating cultural differences.
The Small Trades was Penn’s most extensive body of work, and he returned to it over many decades, producing ever more exacting prints.